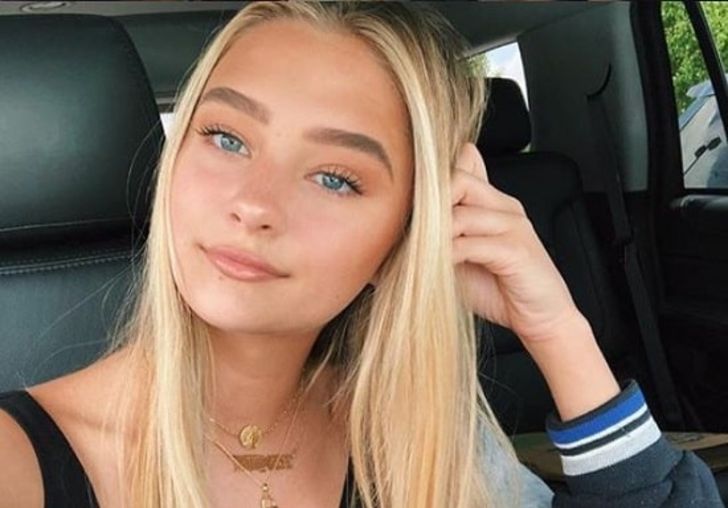 Her mother is Amy Greene while the identity of the family is yet missing. Similarly, she has an older brother, Garrett Greene.

Lizzy Greene started her career in the film industry in 2014. She came to the limelight for her debut role Dawn Harper on the television series Nicky, Ricky, Dicky & Dawn along with Brian Stepanek, Allison Munn, and Aidan Gallagher.

The same year, Greene featured in Damaged Goods and The Thundermans. Again, in 2015, she appeared as herself in Nickelodeon’s Ultimate Halloween Costume Party and Nickelodeon’s Ho Ho Holiday.

To date, Tiny Christmas actress has altogether 10 acting credits under her name. As per some online sources, Lizzy Greene has an estimated net worth of $500,000 in 2020.

A Million Little Things star Lizzy’s seems single. It is quite hard to figure out if she is dating at the moment or not. Back in 2018, she was rumored dating Ricardo Hurtado.

Recently, Greene is focusing on her study and career rather than her personal life. She is very close to her family and she lives with her parents in Dallas.

Lizzy travels to different places for her shooting. Besides that, she loves spending her free time with her family and friends. Likewise, in her spare time, she also enjoys sports, singing, painting, and humanitarian work.