Who Is Sons of Anarchy Actress’ Winter Ave Zoli? 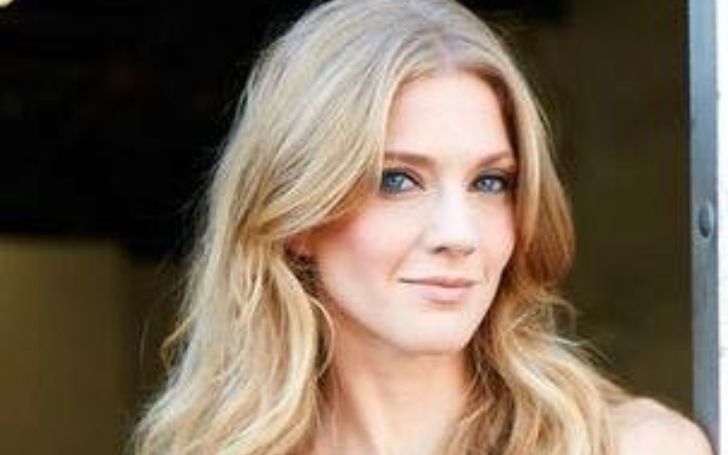 American actress and model, Winter Ave Zoli is well known for her role in the FX biker crime-drama series Sons of Anarchy as Lyla Dvorak-Winston. Also, she is recognized for her work in Hellboy (2004) and Bad Ass (2012).

Aged 40, Winter Ave Zoli is a married woman. She shared the wedding vows with the Hungarian actor Csaba Lucas on August 1, 2015. However, the detail on their love life is missing.

Together they have shared two kids: a daughter born in 2017 and a son born in 2019. Also, they have failed to share about their kids. The family of four is leading a happy life without any bad rumors.

Winter is active on Instgaram where she has more than 55k followers. Well, she is one of those who love to interact with her fans.

Has $2 Million Worth From Acting Career

Winter Ave Zoli has earned a decent amount of worth from her career as a actor. As of 2021, her net worth is calculated to be $2 million. The actor in the USA is get pair around $57000 per annum, so she also might be getting paid her salary in the same range.

Winter Ave Zoli made her acting debut in the late 90s from her appearance in the TV series named The Scarlet Pimpernel. To this date, she has more than 30 acting credit in her name.

She is notable for her work in the American action crime drama television series, Sons of Anarchy created by Kurt Sutter. In the series, he was seen alongside Charlie Hunnam, Katey Sagal, Kim Coates, Maggie Siff, Thro Rossi.

Winter Ave Zoli was born to Sue and Richard Uhlarik on June 28, 1980, in New Hope, Pennsylvania. As of now, she is 40 years old. She is of American nationality and is part Czechoslovakian from her father’s side.

Regarding education, she completed her middle school and high school education at the International School of Prague. Later on she joined at Carnegie Mellon University in Pittsburgh, Pennsylvania.

Also she went to the Atlantic Theater Company acting school.