Who Is Paul Stanley? His Net Worth, Wife, Children, Career, & Health 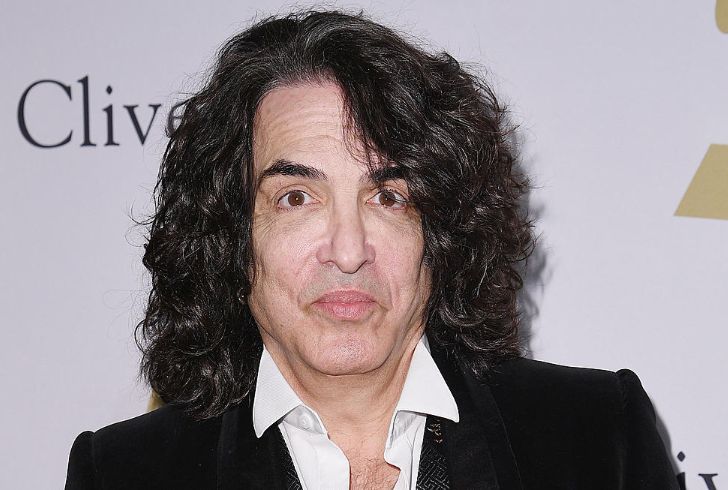 Paul Stanley, also known as The Starchild, is a singer-songwriter and painter. He has served as the lead vocalist and rhythm guitarist of the popular glam metal band KISS since the 1970s. Along with his band member, Stanley was inducted into the Rock and Roll Hall of Fame in 2014. Moreover, as per Gibson’s Reader’s Poll, he is among the 25 top frontmen and -women of rock and roll from all decade.

Paul Stanley is currently 69 years old. He was born on January 20, 1952in Manhattan, New York City. His full name is Stanley Bert Eisen. Talking about his height, Stanley is 6 feet tall (1.83 m).

Stanley grew up in upper Manhattan, New York City, with his parents, who were both Jewish.
The 69 years old musician has one older sister, Julia.

His father, William Eisen, comes from a Polish Jewish family, and his mother, Eva Jontof-Hutter, was born in Berlin to a German Jewish family who left Nazi Germany for Amsterdam, and later moved to New York. Moreover, Paul’s mother is of Czech Jewish ancestry. 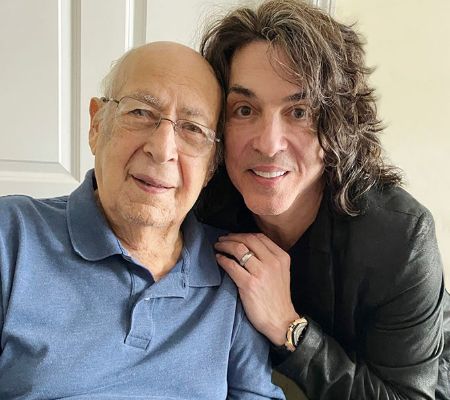 Growing up in a family who loved classical music and opera, he started taking an interest in music from an early age. He would play guitar and write songs in his teen years. However, throughout his childhood, Paul was more recognized for his talent at graphic arts. He attended The High School of Music & Art and graduated in 1970.

Despite being a skilled graphic artist, Paul opted to pursue a career in music that has been productive ever since he co-founded KISS with Gene Simmons, Peter Criss, and Ace Frehley.

Paul Stanley has a net worth of $200 million, according to Celebrity Net Worth. Through his more than four decades-long partnership with KISS bassist Gene Simmons, both have built an empire that is reportedly worth between $1 billion to $5 billion.

KISS is regarded as one of the best-selling bands of all time. It has sold more than 100 million records worldwide. Moreover, KISS has earned 30 Gold albums, 14 Platinum, along with three multi-Platinum albums. 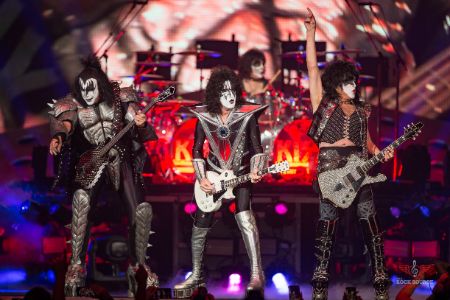 During the late 1970s, KISS enjoyed great success with sold-out stadiums and each albums going platinum. The band’s earning at the time from record royalties and music publishing is estimated at $17.7 million. Additionally, they made an estimated $100 million from worldwide merchandise sales in-store and on-tour.

The group’s farewell tour, End of the Road, is expected to earn between $150 million and $200 million, excluding the “ancillaries, licensing, merchandise and stuff like that.” The band has temporarily halted the final tour because of the ongoing pandemic.

Paul Stanley has been married twice. He married his longtime girlfriend Erin Sutton on November 19, 2005. Together, the couple has three children: Colin Michael Stanley, born on September 6, 2006; Sarah Brianna, born on January 28, 2009; and Emily Grace, born on August 9, 2011. 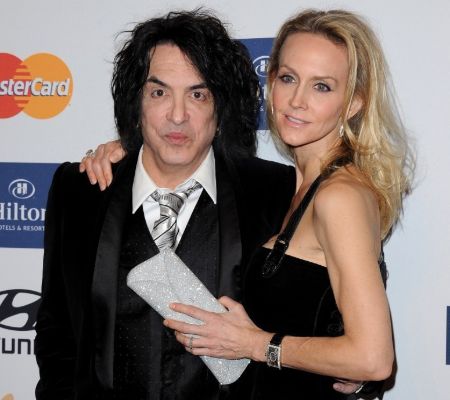 Paul Stanley lives in Beverly Hills with his wife and three children. Stanley also has a son, Evan Shane Stanely, born on June 6, 1994, from his first marriage to actress Pamela Bowen.

Pamela and Paul tied the knot on July 26, 1992. She filed for divorce nine years later, citing the reason as irreconcilable differences. Their son, Evan, is a rhythm guitarist and lead singer of the rock band, Lips.

Paul had a congenital deformity called microtia and was deaf on the right side. He underwent reconstructive surgery at the age of 30 and began using an implanted hearing aid. 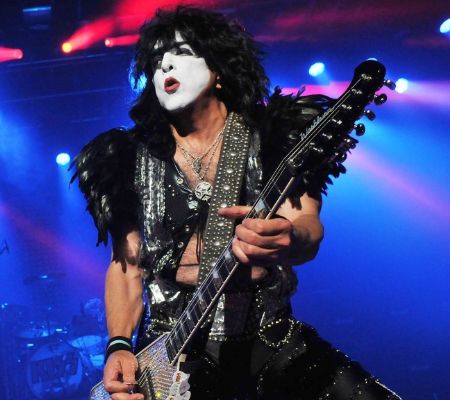 He had two hip-replacement surgeries in 2004, announcing the need of the third one in the future a year after two consecutive surgeries. Stanley also underwent surgery for vocal cord issues on October 2011.