Who is Luke Jacobz? Insight to the Life of Instant Hotel Host 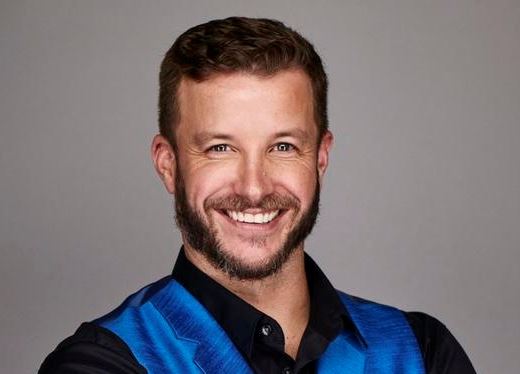 Luke Jacobz is an Australian actor and presenter who became a fan-favorite after winning the reality dance competition series Dancing with the Stars in 2008. Besides, he is also known for hosting the reality shows like Instant Hotel, The X Factor (Australia), The Proposal etc.

Where is the Australian presenter now? Has he married his American fiance? Get to know everything about the Dancing with the Stars Champion in this section.

The TV star was born as Luke Jacob Ashwood on 14 February 1981, in Sydney, New South Wales, Australia. He is 41 years old in 2022. He was born to his mother, Sue Ashwood and his late father John Ashwood and also has a sibling brother named Ben Ashwood.

Luke revealed that he was very mischievous in his childhood. He shared a photo of his childhood on Instagram and wrote:

“Mum just found this little pic hidden in a box. All I know is. I was a handful as a child.. but was loved unconditionally..Our parents shape us to be the people we are… so I’ll always be forever. Love you Ma! ❤️”

Luke Jacobz is currently unmarried but is engaged to his fiance Raychel Stuart. His partner is American and they first met in Los Angeles.

Jacobz and his fiance were engaged to each other in November 2018. Dancing with the Stars champion remembered the moment he proposed his to-be-wife and said:

“I proposed to her in front of her entire family in California. I got on one knee and Raychel started crying right away, I had to ask her a minute later, ‘is it a yes?!’

Luke Jacobz and Fiance Raychel’s Wedding Canceled due to COVID

The couple had planned to marry in November 2019 but had to postpone after the borders were closed due to the Coronavirus pandemic. As Luke couldn’t marry his girlfriend on the day as planned, he made an emotional post on his Instagram with the handle @lukejacobz and wrote that he hadn’t seen her for 294 days.

“Today, I was supposed to Marry the Love of my Life. Unfortunately, COVID-19 has forced us to Postpone. NOT CANCEL. This year has been incredibly difficult for us because we haven’t seen each other since 22nd January- 294 Days or 7,055+hrs, which is 423,400+ minutes since I have held her hand, brushed the hair back over her ear, looked into her eyes, made her coffee, picked her up and hugged her, slapped her butt, slow danced with her, made her breakfast in bed, opened the car door for her, raced her up the stairs with her, given her the pickle off my burger, shared popcorn with her, watched Jeopardy with her, held her face and kissed her…”

Though Jacobs couldn’t marry her on the planned date, he added that Raychel was his wife from the day onwards.

‘No matter where we are, on this Earth- I will do my best to be Her Starlord until the end of time. I know we haven’t had our amazing wedding just yet. But to me, from today, you are my wife.’

Have they Planned a new Wedding Date?

Luke and his partner reunited after 15 months in June 2021 as soon as the COVID restriction was removed. The Proposal host revealed that he was getting married soon but didn’t disclose the date. Luke even joked that he hasn’t made any wedding plans yet.

‘I hope she doesn’t want me to choreograph any dances for our wedding because that won’t be happenin.’

The couple is still unmarried in March 2022 but is together living a happy relationship.

After winning the Dancing with the Stars in 2008 with his partner Luda Kroitor, Luke started dating her in 2009. Moreover, the former duo dated each other for a year until June 2010 and separated.

To be precise, his former girlfriend is a five-time world salsa champion. She is now married to Matt Wilson.

Luke Jacobz first gained public attention after starring in the Australian teen drama television series Heartbreak High. He then played as Patrick Brewer in McLeod’s Daughters from 2005 to 2008. Moreover, he also had a recurring role in Home and Away.

Jacobz competed in 2008’s Dancing with the Star with his dancer and mentor Luda Kroitor and won the show. Besides, he has hosted several shows like The X Factor, Instant Hotel, The Proposal.

Luke Jacobz has been earning name, fame, and money as a presenter. He probably earns thousands of dollars as a host. As a winner of Dancing with the Stars, he reportedly earned prize money of $50,000.

Moreover, Luke also earns well from his movies and TV series. His net worth in 2022 is estimated to be $2 Million. Luke is very fond of two-wheelers and loves BMW bikes. He has shared several models of BMW bikes on Instagram.

Check: Who is Emily Schromm from The Challenge? (Bio, Age, Sexuality, Childhood)