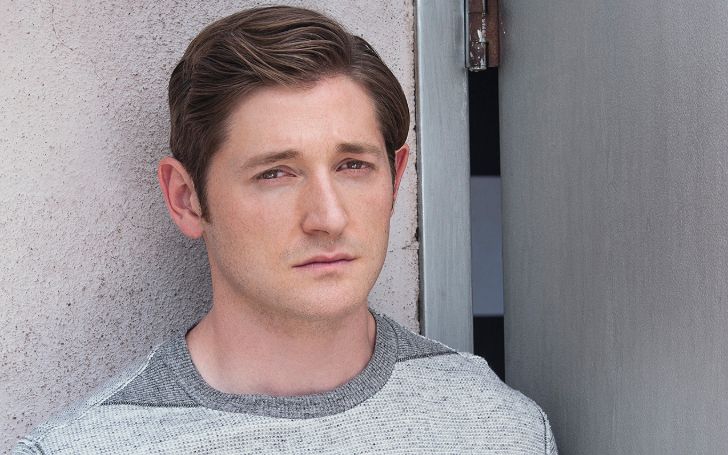 Lucas Neff is an American actor who started his career back in 2009. He has completed 12 years in the industry and has more than 25 acting credits in his name. He is very famous for his appearance in the Fox sitcom Raising Hope as James “Jimmy” Chance.

Lucas Neff was born under the birth sign Scorpio on November 7, 1985, in Andersonville, Chicago, Illinois. His parents are Meade Palidofsky (the founder of Storycatchers Theatre) and Alan Neff (lawyer and novelist).

He was raised alongside a younger brother. However, the identity of his sibling is missing at the moment.

Regarding his education, Lucas completed his schooling in 2004 at Whitney M. Young Magnet High School. After that, he graduated from the University of Illinois holding a Bachelor of Fine Arts degree in Theater.

Neff’s interest in acting came out after he was mistakenly assigned to the performing arts department at UIC. Later on, he also started taking acting classes at the Steppenwolf Theatre Company in Chicago.

The 35-year-old, Lucas Neff seems leading single as of now. However, he was previously a married man.

In 2016, he shared the wedding vows with Australian actress Caitlin Stasey after some years of a dating relationship. However, after four years of marriage, they took a divorce in later 2020.

The Raising Hope star doesn’t seem to be involved in any kind of relationship as of now. Since his split from his ex-wife, he has kept his personal life away from the media.

Journey To $4 Million Worth

Lucas Neff has earned a good amount of worth from his more than a decade of career. As of April 2021, his net worth is calculated to be around $4 million as of Celebrity Net Worth. In the USA, the actor is paid a salary of around $57000 per annum, so he also might be earning the salary in the same range.

Talking about his profession in detail, he made his acting debut in the year 2009 from his appearance in the TV series named The Beast as Young Agent. After a year he was cast in the movie named Amigo as Shanker.

After this, he has worked in several movies and series such as Delicious Ambiguity, Raising Hope, Jim & Helen Forever, We Know You Have a Choice, I Love You Both, Fear, Inc., Downward Dog, Ballers, Big Chibi 6: The Shorts, American Princess, Married Young, Carol’s Second Act, Trash Truck, Big Hero 6: The Series.

As of now, he is busy filming for his upcoming project Low Life where he would appear as Jason.

Have A Look: Matt Lattanzi Net Worth, Personal & Professional Life

Some Frequent Questions Of Lucas Neff People Ask For

How Old Is Lucas Neff?

Who Is Lucas Neff Wife? Did They Have Kids?

Lucas Neff is single as of now but his ex-wife is Caitlin Stasey. The couple does not share any children together.

Is He Active On Social Media Platform?