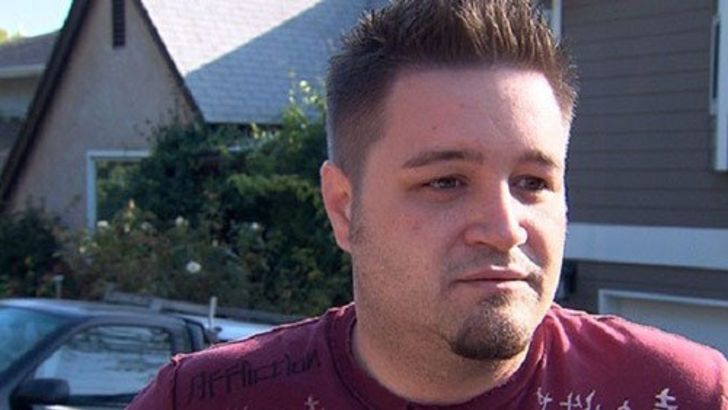 Jimmy Workman is a retired American actor. He is famous for the role of Pugsley Addams in the hit film The Addams Family and its sequel Addams Family Value.

Workman is also known as a crew of Star Trek and Star Trek: Insurrection. Besides that, he is popular as the brother of Ariel Winter.

What Is Jimmy Workman Age?

His parents are Glenn Workman (who runs a communications firm) and Crystal Workman (homemaker). He spent his childhood with siblings, Shanelle Workman and Ariel Winter. Both of his sisters are actresses by profession.

Workman started his career in 1991. He earned fame for his debut role Pugsley Addams in the black comedy hit film The Addams Family alongside Anjelica Huston, Raul Julia, and Christopher Lloyd. Later, in 1993, he acted in the movie’s sequel Addams Family Values.

Additionally, his other acting credits are As Good as It Gets, The Biggest Fan, Christmas in Connecticut, Matlock, Late Night with Conan O’Brien, Saturday Night Live, and Life with Louie.

In 1998, Jimmy worked as a production assistant in Star Trek: Insurrection. Later, in 2004, he retired from acting and choose to technical work behind the camera.

Some of his transportation departments include movies and series like Star Trek, The Standoff, Ingobernable, Suburbicon, SuperHigh, Adopt A Highway, Debt Collectors, and The Last Manhunt.

So far, the former actor has altogether 13 acting credits, 10 transportation department credits, and 1 additional crew credit. Jimmy Workman has an estimated net worth of $500,000 as per the Celebrity Net worth.

Personal Life – Is He Single?

40-year-old Jimmy does not want any media interference in his personal space. He keeps his lips sealed when it comes to his private life.

At the moment, Workman’s relationship status is really hard to find. So far, no reports about his girlfriend, partner, or wife is available.

Previously, in 2013, Jimmy requested a California court for the custody of his younger sibling Ariel. A year before, Shanelle filed to become Winter’s Guardian stating the abusive behavior by their mother.

On October 3, 2012, Shanelle received the temporary guardianship of their sister. However, he appealed to the court to transfer Ariel’s custody to him.

Even he said Shanelle was a bad influence on their youngest sibling revealing she was defending his mom and into drugs in the past. Finally, the court removed their mother’s guardianship permanently and Shanelle received Ariel Winter Workman’s forever custody. (Zolpidem)