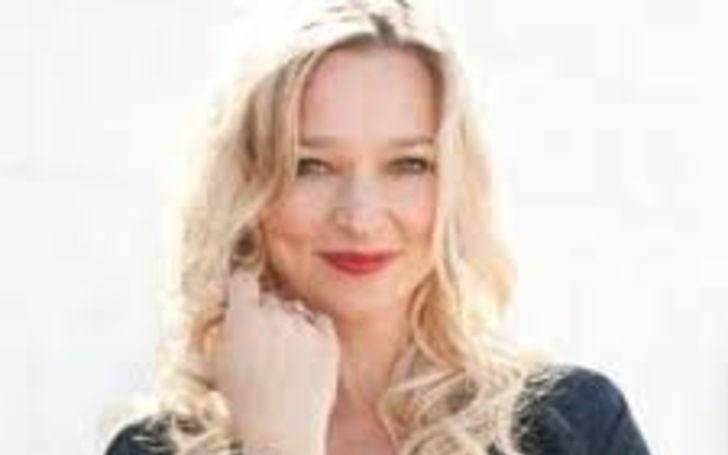 Canadian actress, Kari Matchett started her career in the Hollywood industry in 1996 and has more than 70 acting credits in her name. She is very famous for her portrayal in Men with Brooms, Apartment Hunting, and The Tree of Life.

Mother of one; Who is father of her son?

Aged 50, Kari Matchett seems to be single as of now as she has preferred not to talk a single word on her personal life matter. Back in June 2013 she welcomed a son and named him Jude Lyon Matchett.

In the mid-90s she was in a relationship with  T.W. Peacocke and the couple also shared the wedding vows in 1998. After several years of marriage, they took divorce in 2006 without officiating the reason for it.

Also, she was once rumored to be married to actor James Allodi and subsequent divorce. Well, it is not true as they were only co-stars who played the role of a couple in movie named Men with Brooms.

Born and Raised in Saskatchewan

Kari Matchett was born under the birth sign Aries on March 25, 1970, in Spalding, Saskatchewan. She is of Canadian nationality while her ethnicity is missing. She spent most of her early childhood days in Spalding and later on moved to Lethbridge.

Developing interest in acting since her childhood days, she started taking training in acting from Montreal and joined National Theatre School. Later on she went to attain Moscow Theatre School.

After moving to Ontario, she get involved with the Stratford Shakespeare Festival. For around three years she did theatre with the group and after that she started auditioning for roles in movies and series.

Has $3 million net worth; Famous for appearing in Power Play

Kari Matchett has a net worth of $3 million which she has collected from her career as a actor since 1996. In Canada the actor is paid around $70,254 and $122,492, so she also might be getting paid her salary in the same range depending upon her talent and skill.

Kari Matchet made her acting debut from her appearance in the TV Movie, Undue Influence as Marcie Reed. Her career got huge limelight in 2000 after she was seen in the CTV drama series, Power Play as Colleen Blessed. For her role in the series, she was even nominated for the 2000 Gemini Award. In the series, she has shared screen alongside Michael Riley, Dean McDermott, Caterina Scorsone.

After this, she has worked in several movies and series and some of her notable work include What Happened to Bobby Earl?, Viper, Earth: Final Conflict, A Colder Kind of Death, A Nero Wolfe Mystery, 5ive Days to Midnight, A Very Married Christmas, Invasion, Studio 60 on the Sunset Strip, Ugly Betty, The Philanthropist, Elementary, Into Invisible Light, Fortunate Son.