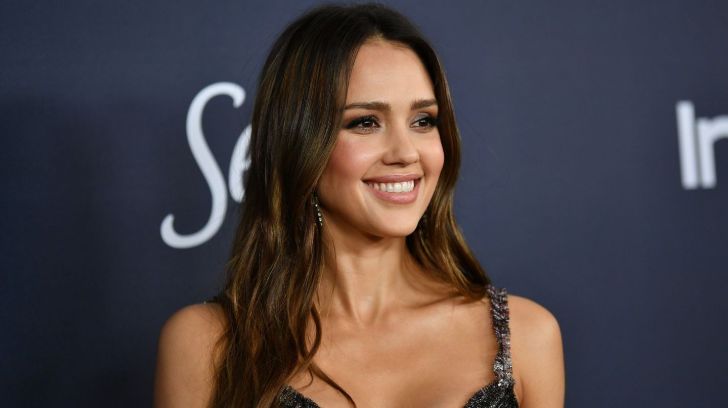 Jessica Alba is an American actress best known for her breakthrough role Max Guevera on the TV series Dark Angel (2000-2002). She is also famous for her roles in Fantastic Four, Sin City, The Eye, Good Luck Chuck, and Machete.

Besides that, Alba is also a businesswoman. She is a co-founder of household and baby products company, The Honest Company.

Jessica holds an American nationality and belongs to mixed ethnicity. Her father, Mark Alba is a military officer while the mother is Catherine Jensen. She along with her younger brother, Joshua Alba (actor) was raised in Claremont.

During her childhood, Alba was suffered from various physical illnesses such as tonsillar cyst, collapsed lungs ruptured appendix, and asthma.

Is Jessica Alba A Billionaire?

The versatile personality Jessica is yet not a billionaire but her fortune is definitely in hundreds of millions.

As per the Celebrity Net Worth, Jessica Alba has an estimated net worth of $200 million in 2021. Back in 2016, the Fantastic Four actress was worth $340 million.

Some of her salary and earnings are listed below:

Likewise, the entrepreneur earned $1,500,000 from the sale of her daughter’s picture to OK! Magazine.

Jessica has been active in the entertainment industry since 1992. She made her acting debut with a small role as Gail in the movie Camp Nowhere in 1994.

The same year, Alba made her television debut with the recurring role Jessica for the Nickelodeon comedy series The Secret World of Alex Mack. Then, she appeared in some shows like Brooklyn South, Beverly Hills, The Love Boat: The Next Wave, and others.

Co-Founder Of “The Honest Company”

Besides an actress, Jessica is also a successful entrepreneur. Back in 2011, she alongside her partner Christopher Gavigan launched the nontoxic-household-goods startup ” The Honest Company“.

The business started as an e-commerce subscription service for diapers and baby wipes but as of now sells more than 100 products. Previously, in 2015, the company raised $100 million at a $1.7 billion valuation. The following year, the firm had $250 million in sales and in 2017, it was valued shy of $1 billion.

Who Is Jessica Alba Married To?

Jessica Alba is a happily married and a proud mother of three kids. She is married to Cash Warren on May 19, 2008, in Los Angels.

39 years old actress met Warren in 2004 while she was filming Fantastic Four. After dating for 4 years, they decided to exchange wedding vows. Together, the duo has 3 children, Honor Marie, Haven Garner, and Hayes Alba.

Earlier on, Sin City actress was dating Christopher Lakkees from 1994 to 1998. On the other hand, she was in a romantic relationship with her Dark Angel co-star Michael Weatherly. The pair met in 2002 and soon got engaged. Later, both called off their engagement in 2003 and separated before marrying.

One thought on “Who Is Jessica Alba? Age, Height, Husband, Children, Net Worth, Movies, & TV Shows”