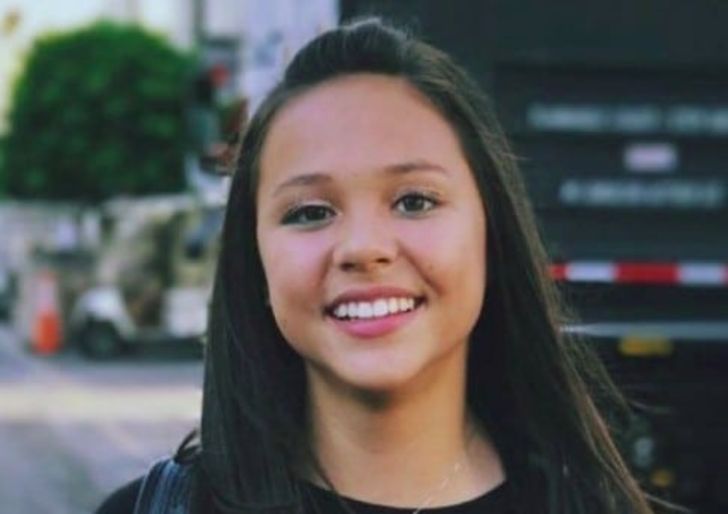 Breanna Yde is a popular Australian actress who portrayed Frankie Hathaway on the television series The Haunted Hathaways (2013–2015). Her other notable work credits are School of Rock, Santa Hunters, Escape from Mr. Lemoncello’s Library, and Malibu Rescue.

How Much Is The Net Worth Of Actress Breanna Yde?

At such a young age, Yde has gathered a decent sum of fortune with her rising acting career. Her primary source of earnings is her films, series, commercials, sponsorships, and advertisements. As of January 2021, Breanna Yde has an estimated net worth of $500,000.

Talking about Breanna’s parents, her father, Bill Yde is the CEO of Global Traffic Network while the identity of her mother is yet not available. She is the youngest child of six siblings. She holds Australian-American nationality and is of mixed ethnicity.

Active In The Film Industry Since 2009: Movies & TV Shows

Breanna Yde was interested in acting since her childhood. Along with acting she also took piano, voice, and guitar classes. In 2009, she played Annie in the short-film Social Studies.

Then, Yde appeared in an episode of the TV show How I Met Your Mother. Finally, she came to the spotlight as Frankie Hathaway in the American television sitcom The Haunted Hathaways from 2013 to 2015.

Breanna Yde gave her voice to the character Little Mariah in the computer-animated Christmas film All I Want for Christmas Is You. In 2019, she portrayed the main role of Gina in the Netflix series Malibu Rescue alongside Ricardo Hurtado, Jackie R. Jacobson, Abby Donnelly, and Alkoya Brunson.

Besides acting, The Haunted Hathaways‘ star also has stepped into the music industry. In October 2020, she released her debut single ” Stopped Buying Diamonds“.

What Is The Relationship Status of Breanna Yde? Is She Dating Anyone?

Malibu Rescue actress Breanna Yde is single as of 2021. Her current priority is her florishing career rather than being in any romantic relationship.

3 years back, she clearly hinted that she is not interested in dating anyone along with the tweet:

Talking about her personal life, the Santa Hunters‘ actress is in love with food and cooking. Also, she is an animal lover and owns 2 dogs: a white Bichon and a yellow Labrador.

Breanna Yde’s considers herself a tomboy. Some of her pastimes are surfing, skiing, juggling, and sports like basketball, golf, football, and tennis.

One thought on “Who Is Breanna Yde? Age, Height, Parents, Net Worth, Movies, TV Shows, & Instagram”