Who Is Iggy Azalea? Her Age, Husband, Son, Affairs, Net Worth 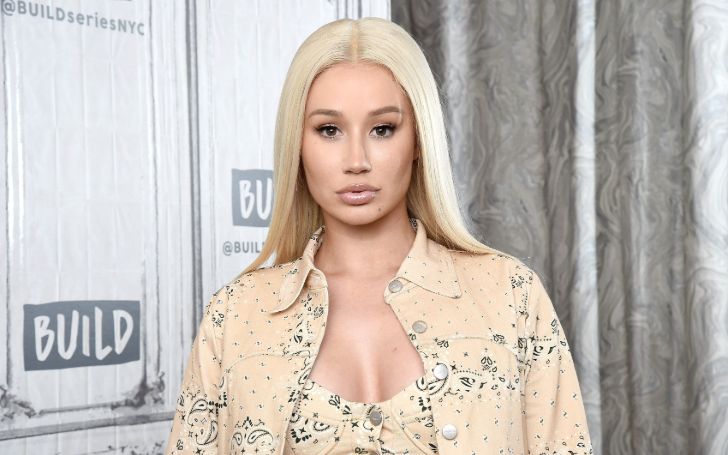 Amethyst Amelia Kelly who is famous for the stage name Iggy Azalea is an Australian rapper, singer, songwriter as well as a model. She’s one of the first females and non-American rapper to top the Billboard Top R&B/Hip-Hop Albums. She is well known for realizing her music video of the song called, Two Times and Pussy.

Iggy Azalea was born as Amethyst Amelia Kelly on June 7, 1990, in Sydney but later on, she brought up in Mullumbimby, New South Wales by her parents. She is the daughter of Brendan Kelly (European-Australian) and Tanya (Housekeeper). She was raised alongside her sister named Emerald Kelly and brother, Mathias Kelly.

Regarding her education, she dropped out of high school and decided to move to the USA when she was just 16 years old. As she is originally from Australia, she needs to return to Australia every three months and has a visa waiver of 6 years. She was granted a five years visa but until February 2013, she worked illegally in the US.

What Is Iggy Azalea Relationship Status?

The 30 years old, Iggy Azalea is currently in a dating relationship with rapper Playboi Carti. Most recently in June 2020, she has welcomed a son but the name of her baby is yet to be reveled.

She officiated the news of her firstborn view Instagram story where she wrote,

I have a son. I kept waiting for the right time to say something, but it feels like the more time passes, the more I realize I’m always going to feel anxious to share news that giant with the world.

Following this, she dated Iggy and LJay Currie for a brief period.

How Much is Her Net Worth? Career in Breif!!!

Iggy Azalea has an estimated net worth of around $6 million as of 2020. Most of her net worth is possible from her career as a singer, rapper as well as a model. The rapper in Australia is paid around $66,675 per year and the model is paid around $95,226 per year, so he also might have been paid around the same range.

On 27th September 2011, Iggy released her first full-length mixtape titled Ignorant Art with hit singles like Pu$$y, My World, You, and The Last Song. Her debut album released on April 21, 2014, The New Classic. The album peaked at #3 on Billboard 200 chart selling over 52 thousand copies in the first week in the US.

Following this, she appeared in songs like Problem with Ariana Grande and Booty by Jennifer Lopez. On May 28, 2014, Iggy’s song Fancy debuted at #1 on the US Billboard Hot 100 chart and Billboard Hot R&B/Hip Hop Songs chart.

On 24th June 2014, Iggy collaborated with Rita Ora to release Black Widow that debuted at #3 on the Billboard Hot 100. She released her second album In My Defense on July 19, 2019, alongside lead single, Sally Walker. The album peaked at #50 on the Billboard 200 chart and sold 16 thousand copies during its first week of release. As of October 2019, her album has over 200 million YouTube streams and other streaming platforms. Iggy was set to release her fifth EP, Wicked Lips, on November 22, 2019, but it’s not out yet.