Gabrielle Rose is a Canadian stage and film actress. She is known for her works in The Sweet Hereafter, A Dog’s Purpose and Maudie.

Rose is currently 66 years old. She was born in 1954, in Kamloops, British Columbia, Canada. Her father Ian Rose was a child actor before he became a doctor. Moreover, her grandfather L. Arthur Rose was a performer, producer, and playwright.

Rose’s net worth is estimated at $800,000 as of 2020. She has been active in the entertainment industry since 1975 and has appeared in numerous movies and film projects. Gabrielle played as Exercise Matron in 1985 film The Journey of Natty Gann.

She then appeared as Dorothy Rinehard in 1987 psychological thriller film The Stepfather. Her other film appearances include Collateral Damage, Speaking Parts, Sleeping with Strangers, Timecop, The Five Senses, Double Jeopardy, The Delicate Art of Parking, Catch and Release, Eighteen, Lost Boys: The Tribe, Amazon Falls, and many more.

Gabrielle made her television debut with a recurring role of Brenda in ITV’s British sitcom Rising Damp. Following this, she went on to guest-appear on several other shows. Some of them include Street Legal, Neon Rider, Street Justice, The Commish, The X-Files, Madison, Sliders, Poltergeist: The Legacy, The Sentinel, Cold Squad, Millennium, Mysterious Ways, and The Dead Zone, to name a few.

In 2007, the 66-year-old guest-appeared as Mrs. King in the episode “The Woman King” of the critically acclaimed military science fiction television series Battlestar Galactica. Moreover, since 2014 to 2017, Rose had a recurring role of Ruth in ABC’s fantasy adventure drama Once Upon a Time, appearing in altogether four episodes. Recently, Gabrielle played the recurring character “Darlene Cole” in the science fiction drama Away, which premiered on Netflix on September 4, 2020.

Rose is married to fellow Canandian actor Hrothgar Mathews, with whom she has worked together in the 2012 television movie Kiss at Pine Lake. Mathews’ other notable credits include Reindeer Games, Human Cargo and The Core. 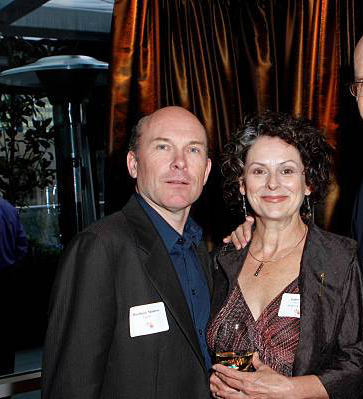 The exact date of their marriage has not been disclosed. Nonetheless, Gabrielle and Hrothgar share two children together. Among their two sons, one is named Liam Mathews.

“When I do stage, my family, husband and two sons, has to be patient as often the only thing I can do in a day is the show, particularly if the roles are large and demanding of a lot of emotion,” she told in an interview.