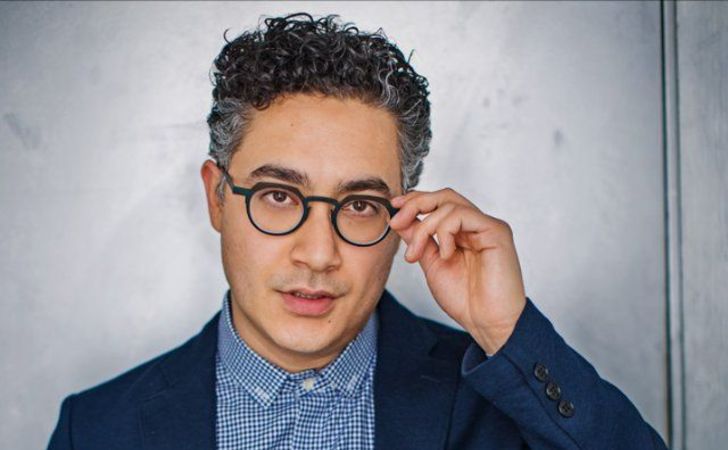 Alessandro Juliani is a Canadian actor and singe who is prominenet for playing as Tactical Officer Lieutenant Felix Gaeta on the Sci-Fi Channel television program Battlestar Galactica, Jacapo Sinclair on The CW series The 100, Emil Hamilton in Smallville, and Dr. Cerberus on the Netflix series Chilling Adventures of Sabrina.

Julianai is currently 45 years old. He was born on July 6, 1975, in Vancouver, British Columbia, Canada, to Donna Wong-Juliani, founding member of Savage God and Opera Breve in Vancouver, and John Juliani, an actor, producer, and writer.

Talking about his height, Alessandro is 5 ft and 9½ in (1.77 m) tall. He is of dual Italian and Chinese ancestry and graduated from McGill University in Montreal from where he received a Bachelor of Music in Vocal/Opera Performance.

What is Alessandro Juliani’s net worth?

Juliani’s net worth is estimated at $500,000 as of now. He started his acting career in 1986 and has been part of numerous movies and television projects. Alessandro voiced the character “Pit/Kid Icarus” in the Captain N: The Game Master cartoon series and has lent his voice in many other animated projects.

Some of them inlcude the English version of Death Note’s L, Gambit in X-Men Evolution, River in three My Scene films andToa Vakama in two of the Bionicle films. The 45-year-old also played the voice of Nightscream in Beast Machines and voiced the character “Julian” in 2004 American-Canadian animated musical fantasy film Barbie as the Princess and the Pauper.

Moreover, Alessandro offered his voice for merman prince Nalu in the animated movie Barbie: Fairytopia and Barbie: Mermaidia. Recently, he lent his speaking and singing voice for the role of Prince Antonio in Barbie as the Island Princess. Other voice credits of Juliani includes Prince Carlos in Barbie Mariposa, River in My Scene Goes Hollywood: The Movie, and Koji in the English version of Ōban Star-Racers.

The 45-year-old actor made his television debut at the age 11 in the episode “The Madonna” of the TV series MacGyver. He also played as Eliam and Katep in the fourth season’s episode Scorched Earth and in the eight season’s finale episodes Moebius: Part 1 and 2 of Canadian-American military science fiction adventure television series Stargate SG-1. Alessandro portrayed the recurring role of Sinclair, a member of the Ark crew, on The CW science fiction series The 100 and most recently, he played the role of Adam in the The WB’s Supernatural.

Who is Alessandro Juliani’s married to? His Wife & Kids

Juliani is married to actress, director, and sound designer Meg Roe. However, their exact date of marriage has not been disclosed. His wife is also from Canada and was born and raised in Balzac, Alberta. 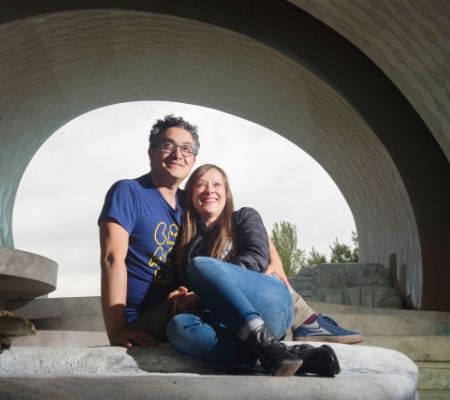 Her first stage role in a production of The Sound of Music at the Jubilee Auditorium, where she played as the youngest von Trapp child, Gretl. Besides, Meg is known for her work on Riverworld, Three Moons Over Milford and Stargate: Atlantis. The couple don’t have any kids as of now.