Skip to content
March 11, 2022,
By Dipesh Thapa
BiographyNet Worth

Who is Chandler Belfort? Everything about the Real Life Wolf Of Wall Street’s Daughter 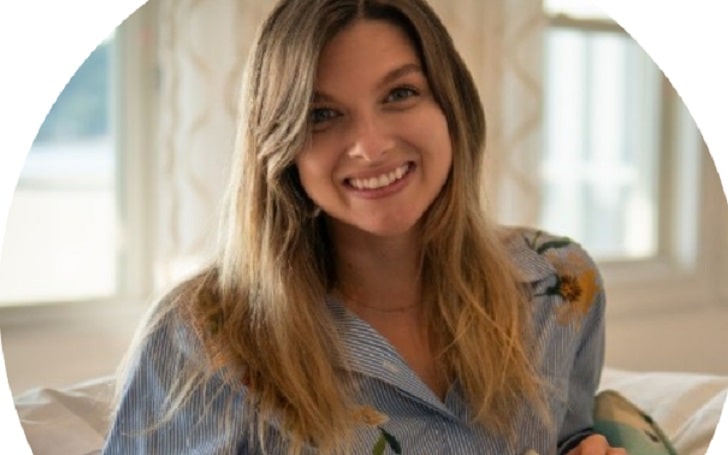 Chandler Belfort is a star kid who is known as one of the children of prominent American investor and motivational speaker Jordan Belfort and his wife, Nadine Caridi. Chandler’s father, often regarded as Real Life Wolf Of Wall Street, is a convicted felon who served 22 months in prison and was released in April 2006.

Unlike her father, Chandler is a private person and is a ghost on social media. She lives a private life with her husband. Here we have researched about the daughter of the Real-Life Wolf Of Wall Street, her lifestyle, profession, family.

Chandler Belfort was born on July 29, 1993, as the first child of Jordan Belfort and Nadine Caridi in the United States of America. Currently, she is 28 years old. Besides, Belfort holds an American nationality and mixed ethnic background of Italy, Germany, and Great Britain.

The 28 years old lady has a younger brother named Carter Belfort. Moreover, her parents divorced when she was just 4 years old. Coming into her educational background, Belfort attended Vistamar School from 2008 to 2012.

After that, she went to Muhlenberg College from where she earned a Bachelor’s degree in Art majoring in Psychology and Spanish Language, Literature, and Culture.

And in 2017, Belfort enrolled at the NYU Steinhardt School of Culture, Education, and Human Development from where she obtained a Master’s degree in Mental Health Counseling. In addition, she also has a certificate of Treating Complex Trauma with an Internal Family System.

During her time at Muhlenberg College, she served as a workshop facilitator of One Love Foundation from September 2015 to May 2016. And from August 2018 to May 2019, Belfort did Mental Health Counseling at Berkeley College.

Moreover, Chandler began working as a mental health counselor in July 2019 at the Private Practise of Dr. Sari Kaplan where she worked until November 2021. After that, she thought of starting her own company, and in August 2021, the star kid opened Chandler Winter Counseling where she is still working.

According to Fameshala, Belfort is married to her husband, Connor. They dated each other for a long time after meeting each other at Muhlenberg College in 2012. And on December 22, 2019, Connor proposed to Belfort.

After Chandler accepted the ring, their wedding was supposed to happen in 2020 but was postponed due to COVID-19.

The college sweethearts walked down the wedding aisle on September 25, 2021, at the Kenoza Hall by the Kenoza Lake in New York. Since then, Chandler lives happily with her fiancee, Connor in their Upper East Side home in New York.

Net Worth Of Chandler Belfort; How much is her Father worth?

Apart from that, her father, Jordan made millions in his early years but is on debt currently with a negative net worth of around $-100 million as of 2022. He made millions in the 1990s through his investment company, Stratton Oakmont.

Jordan lived a luxurious life with his massive income, lots of fancy cars, and a luxurious house worth $3.4 million. However, he was fined $110 million and has only paid $14 million.

According to Wealthy Gorilla, he also had bought a luxury yacht that was owned by Coco Chanel.

Chandler’s father has now turned himself into a motivational speaker after being released from jail. He currently earns $30,000 – $75,000 per speech.

Jordan Belfort founded a brokerage company firm named Stratton Oakmont through which he was involved in various illegal activities and frauds. The firm was later targeted by the National Association of Securities Dealers (NASD) and shut down.

Jordan was taken into custody for money laundering and securities fraud. He was sentenced to 4 years in prison of which he served 22 months. He was also ordered to pay $110 million to the stock buyer which he had taken illegally but has reportedly paid $14 million so far.