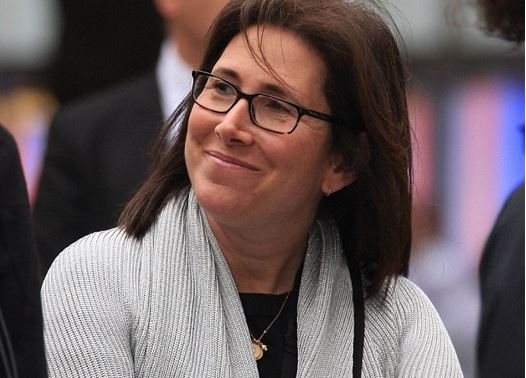 Lee Ann Mapother is an American native mostly famous as the sister of one of the most prominent American actors, Tom Cruise.

Tom is one of the world’s highest-paid actors who have given numerous hit films and television series. Tom has won various accolades throughout his long-term career in the showbiz industry including three Golden Globe Awards.

Where is Tom Cruise’s sister now? Besides being known as the sister of the Hollywood star, what’s her profession? Get to know everything about the celebrity in this section.

Mapother is the eldest child of her parents who grew up with her younger siblings Cass Mapother, Marian Mapother, and Tom Cruise.

Furthermore, Lee holds an American nationality and belongs to mixed ethnicity of English, German, and Irish. Her father Thomas was an electrical engineer while her mother, Mary was a special education teacher.

Moreover, Lee Ann grew up in near poverty and had a Catholic upbringing.

Lee Ann and Tom are the children of Mary Lee (Mother) and Thomas Cruise (Father). Several reports claim that Tom’s father wasn’t good to him and used to mistreat him in his childhood.

An engineer by profession, Thomas was aggressive and often used to beat Tom so, his upbringing wasn’t easy.

His family moved to Canada where his parents got divorced. He then returned to the United States with his mother and sister, Lee Ann.

What Is Lee Ann Mapother’s Profession?

In 2004, Mapother worked as a publicist for his brother, Tom Cruise. After that, she went to Tom’s production company and is still a member of that company.

Apart from that, the Celebrity sister is also a Scientologist. And few reports show, that her whole family is a devout Scientologist.

Not to mention, Scientology is a set of views and practices created by American author L. Ron Hubbard and an associated movement. So, we can say that Lee is busy being a Scientologist.

On the other hand, her brother, Tom is still active in the entertainment industry and is widely noted for starring in movies such as Mission: Impossible, Edge of Tomorrow, etc.

The 59 years old actor debuted on the big screen by appearing in Endless Love as Billy, released in 1981. After that, he gave numerous hit films including The Outsiders, Risky Business, The Firm, Magnolia, Valkyrie, and Rock of Ages.

By working on these projects, Cruise has also won various prestigious awards the ACCA Award, CFCA Award, an Empire Award. Not only that, but he is also three times Oscar-nominated actor.

Take A Look At Lee’s Marital Life; Who is her Husband?

Lee Ann Mapother is a married woman who is living a low-key life with her family. Lee and her husband Stephen Burnett walked down the wedding aisle on July 14, 1979.

Besides, the wedding ceremony was held in the presence of their family and close ones.

Furthermore, the couple is very private about their lives and has never mentioned much about her family life in the media.

But in 2013, she appeared in a public event supporting her brother’s parenting abilities and his divorce from his then-wife, Katie Holmes.

Being a popular celebrity, it is common to have multiple relationships. As her brother is a big name in Hollywood, he has married thrice.

Tom Cruise first married an actress named Mimi Rogers in 1987. He divorced her after three years in 1990.

Tom tied a knot with another actress Nicole Kidman the same year but the relationship still didn’t last long.

The Mission Impossible star married for the third time with another popular actress and director Katie Holmes in 2006. He welcomed a child named Suri Cruise with Katie the same year.

Tom and Katie parted away after 6 years of marital relationship in 2012.

Apart from these, he is reported to have dated several other women. In 2021, he was rumored to be dating his Mission Impossible co-star girlfriend, Hayley Atwell, but broke up in late 2021.

How Much is Lee Ann Mapother Net Worth In 2022?

Being a publicist for her brother, Lee has amassed a decent net worth. In the United States, the average salary of a publicist is $50,945 per year or $20.26 per hour. So, Mapother must have earned in the same range as her profession.

Meanwhile, her brother, Tom Cruise is counted as one of the richest actors in the industry. As of early 2022, Cruise has a net worth of around $600 million.

He has worked in numerous big-budget movies including Mission: Impossible which was made on the budget of $80 million. The hit movie grossed around $457.7 million.