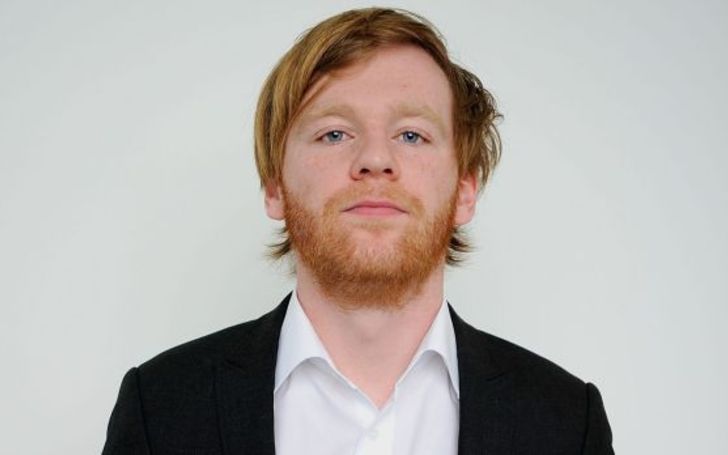 Brian Gleeson, 33, is an Irish actor widely popular for his work as Hughie Power in Love/Hate. Similarly, he is also recognized for Quirke, The Bisexual, and Peaky Blinders.

Brian Gleeson was born on 14th November 1987 in Dublin, Ireland to actor Brendan Gleeson and Mary Weldon. His nationality is Irish and has Caucasian ethnic descent.

He was brought up alongside his siblings: actor Domhnall Gleeson and writer Rory Gleeson. Likewise, he went and graduated from Malahide Community School.

According to various online sources, Gleeson’s net worth is around $1 million as of 2020. His primary source of income is his acting career.

Brian made his acting debut in 2006 appearing alongside his father in The Tiger’s Tail. He then went on to appear in What Will Survive of Us, Noreen, Wake Wood, and The Eagle.

Likewise, in 2012, Gleeson played Gus in the Academy Award-nominated film Snow White and the Huntsman alongside Kristen Stewart, Charlize Theron, and Chris Hemsworth.

In 2016, Brian starred in films like Tiger Raid as Joe, History’s Future as Driver, and Assassin’s Creed as Young Joseph.

Gleeson joined the cast of the 2018 comedy-drama The Bisexual as Gabe. Likewise, he appeared in a total of 6 episodes alongside Desiree Akhavan and Maxine Peake.

Is The Peaky Blinders Star Dating Anyone?

As per various online sources, Gleeson is currently single. He seems focused on his career and does not speak about his love life in the public.

In addition, information regarding his wife or past affairs is also not available.