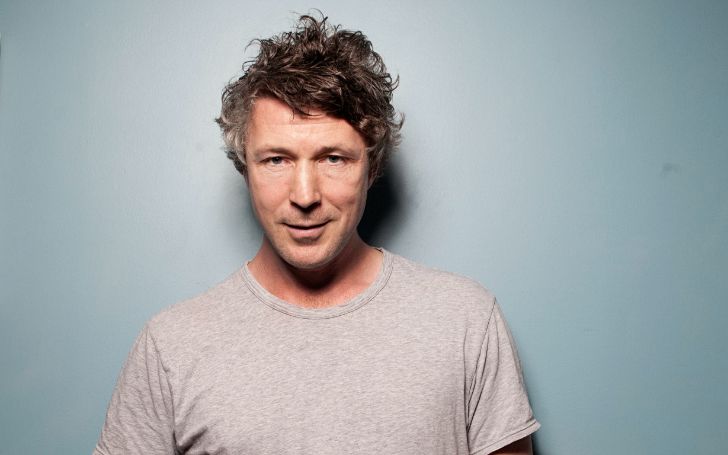 Best known for portraying Petyr “Littlefinger” Baelish in Game of Thrones, Aidan Gillen is an Irish actor. He is also known popular for The Wire, Queer as Folk, Love/Hate, and Bohemian Rhapsody.

According to Celebrity Net Worth, Gillen is worth $8 million as of September 2020. He earns most of his fortune from his successful acting career.

Similarly, as per reports, he earned $100,000 per episode for his role as Littlefinger in the HBO series Game of Thrones.

How Did He Become Famous?

The 52-year-old began his acting career as a teenager playing Nick Bottom in A Midsummer Night’s Dream at the Project Arts Centre.

Aidan made his breakthrough as Stuart Alan Jones in the Channel 4 TV series Queer as Folk alongside Craig Kelly and Charlie Hunnam.

He later reprised his role in the show’s sequel. Moreover, Gillen received a British Acadey Television Award nomination for a Best Actor for his work.

Gillen gained critical acclaim for his role as Petyr Baelish aka Littlefinger in the fantasy drama television series Game of Thrones. He shared the screen alongside actors Kit Harington, Lena Headey, Michelle Fairley, Peter Dinklage, Sophie Turner, and others.

Similarly, in 2017, Aidan was cast as Aberama Gold in a British period crime drama series Peaky Blinders. In the show, he co-starred alongside Cillian Murphy, Sam Neil, Helen McCrory, and Paul Anderson until 2019.

In 2018, Gillen was cast as John Reid in the biographical drama film Bohemian Rhapsody which is about legendary singer-songwriter Freddie Mercury.

Moreover, some of his notable film work credits include My Kingdom, Blackout, The Good Man, Maze Runner: The Scorch Trials, King Arthur: Legend of the Sword, and more.

Aidan Gillen was born on 24th April 1968 in Drumcondra, Dublin, Ireland. His mother is a nurse and his father was an architect.

Gillen is Irish as per his nationality and has Caucasian ethnic descent. For his education, he went to St. Vincent’s C.B.S. in Glasnevin.

The Game of Thrones star was married to Olivia O’Flanagan for about 13 years. They tied the knot on 7th July 2001 and separated in 2014. While together, they shared a daughter named Berry and son Joe.

He is currently dating singer-actor Camille O’Sullivan whom he first met in a Icelandic blooming mountian back in 2014.