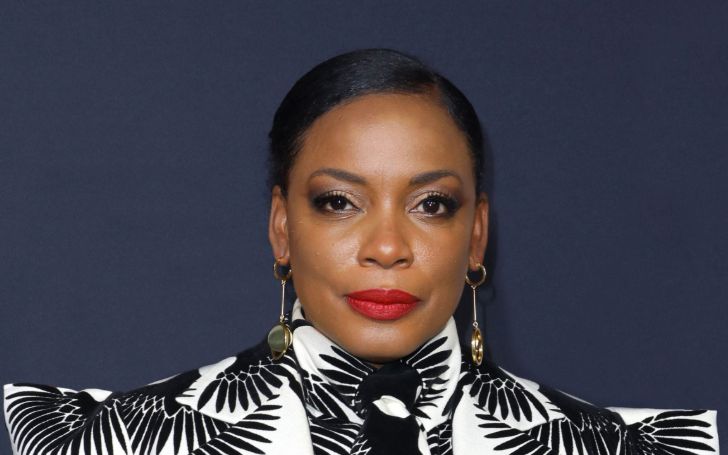 Aunjanue L. Ellis, 51, is an American film, television, and stage actress best known for her work in films like Men of Honor, Undercover Brother, The Taking of Pelham, and many more.

Anujanue L. Ellis was born on 21st February 1969 in San Francisco, California, the United States of America. She was born under the star sign Pisces. Likewise, she is 51-year-old as of 2020.

She holds an American nationality and comes from Afro-American ancestry. Following her high school graduation, she went to Tougaloo College from where she transferred to Brown University and completed her Bachelor of Arts in African-American studies.

Moreover, she studied acting in the Graduate Acting Program at New York University’s Tisch School of the Arts.

How Did Ellis Become Famous?

Ellis made her acting debut as Ariel in a Broadway revival of William Shakespeare’s The Tempest. She then starred in Fox police drama series New York Undercover.

In 2000, she starred as Jo Brashear in Men of Honor alongside Robert De Niro, Cuba Gooding Jr, and Hal Holbrook. Moreover, Ellis was nominated for NAACP Image Award for her performance in the film.

Aunjanue’s career breakthrough came in the 2011 drama film The Help. In the movie, she played Yule May Davis and won several award nominations including Satellite Award and Screen Actors Guild Award.

Likewise in 2015, Ellis joined the cast of Quantico as Miranda Shaw alongside Priyanka Chopra, Josh Hopkins, Josh McLaughlin, and others. She appeared in the show until 2017.

As of 2020, she plays Hippolyta Freeman in an American horror drama series Lovecraft Country.

According to various online sources, Ellis’ net worth is between $2-5 million as of 2020. However, she has not revealed her total fortune yet.

Despite her fame, Ellis lives a low-key private life. Although she might be married to someone, however, due to lack of confirmed news her love life in currently under wraps.