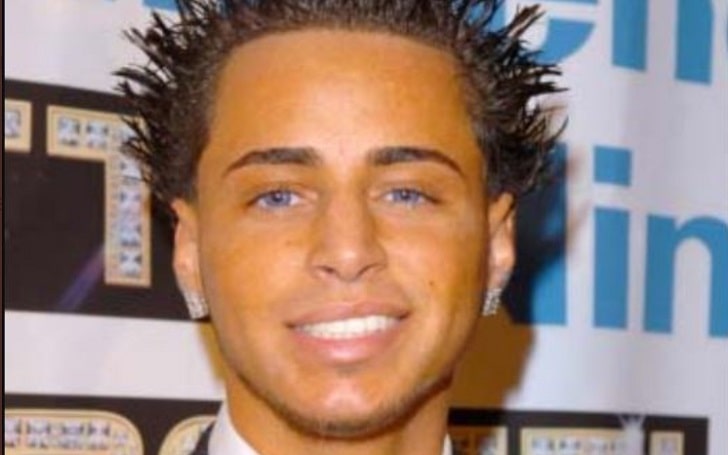 Take A Look At Carmine’s Early Life, Family, and Siblings

Carmine Gotti Agnello was born on April 8, 1986, in Long Island, New York, the USA making his age 35 years as of early 2022. He was born to Victoria Gotti and her wife Carmine Agnello. Besides, he is also recognized as Carmine Agnello Jr and he peaks at the height of 6 feet.

Agnello was born as the second among four children and grew up together with his siblings John Gotti Agnello and Frank Gotti Agnello. His elder sister Justine Gotti Agnello, who was born in 1984, died as an infant.

Furthermore, Carmine went to St. Dominic High School in Oyster Bay, New York where he played basketball. Later, he went to college in New York for his graduation degree, but the college’s information is unidentified for now.

Who is Carmine’s Mother Victoria?

Victoria, who is the daughter of Gambino crime family Mafia boss John Gotti, is a writer and reality television personality who gained popularity as the cast of Growing Up Gotti with her children. She even guest-starred in the TV series The Real Housewives of New Jersey and VH1 reality show Mob Wives.

She was born to mob boss John Gotti and Victoria DiGiorgio. She has three siblings; elder brother John A. Gotti, sister Angel, and younger brother Frank.

The mother of three, Victoria married Carmine Sr. though her parents did not allow it. Her husband was also rumored to be a feared mafia in New York like his father-in-law. He was involved in several illegal activities and arrested many times.

Victoria filed for divorce from Carmine in 2004 while he was in jail. She was awarded$12,500 a month in alimony and $12,500 a month for children’s support and also received a mansion in Old Westbury, L.I. worth $3.9 million as a part of the divorce settlement.

What Is He Doing Today? Career Details

Agnello began his career in television by appearing in the TV show named But Can They Sing? in 2005. From 2004 to 2005, he was also a part of Growing Up Gotti. Likewise, he appeared in VH1 Big in 05 and 20 Greatest Celebreality Moments.

For his work in Growing Up Gotti, he was also nominated for the Teen Choice Award and his two siblings were also nominated. Apart from that, he admits to being a bit of a fashionista and might be engaged in modeling. His favorite designers are Gucci, Prada, Armani, and A/X.

So, the star kid is busy with his life and we can get some updates on his ongoing life by following him on Instagram. His username is @c_gotti_agnello but has kept the account private.

Married To His Wife Danielle Vangar; Does he have Children?

The Growing Up Gotti star married his loving wife, Danielle Vangar. The couple is together for a long time and lives a low-key life (like Nick Sarando). Reportedly, Danielle and Carmine exchanged their wedding vows on February 19, 2008.

The ceremony was organized privately, unlike his brother John’s wedding ceremony, as they had always preferred to keep their life far from the media sources. Meanwhile, some sources say, the pair first met each other in prison when Danielle visited her father.

Soon after their marriage, they thought of starting their own family. And in 2009, the pair welcomed their son. Moreover, the family lives in Cleveland, Ohio.

What Is Net Worth Of Carmine Gotti Agnello In 2022

The son of Victoria might be making a fair sum of money from his work but the actual fortune still remains under investigation. But some online sources estimate it around $500,000 to $700,000. Being the star kid, Carmine lives a lavish life as his mother has a massive net value of around $2 Million.

According to Carmine’s IMDb profile, Agnello Jr drives a BMW. As he is interested in fashion, Carmine might earn something from working with brands. And he if does sponsor posts on Instagram, then he will make around $206.25 – $343.75 from a single post.