Who is John Gotti Agnello? Everything about the Mobster’s Grandson 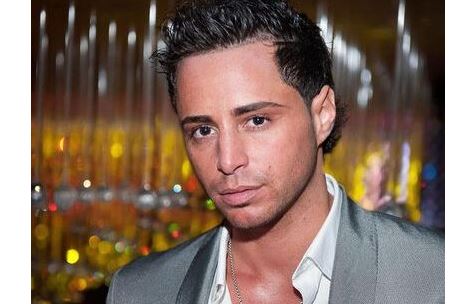 John Gotti Agnello is an American actor who has appeared in the TV series, Growing Up Gotti. Besides that, Agnello got into the spotlight as the son of Victoria Gotti, a prominent American writer and reality television personality. And Victoria is also recognized as the daughter of Gambino crime family Mafia boss John Gotti.

Coming from a gangster family, what profession is John involved in? Has he taken over his grandfather’s underworld empire? Read the article to know about his family, wife, children, career, and more.

John Gotti Agnello was born on May 5, 1987, in Long Island, New York, the United States to his parents Victoria Gotti and Carmine Agnello. As of early 2022, he is 34 years old. Meanwhile, the star kid (like Alexandra Osteen) holds an American nationality and falls under the star sign Taurus.

As mentioned earlier, John Gotti has already started his own family. He is a married man who is leading a blissful life with his beloved wife, Alina Sanchez.

The college sweetheart began dating each other after meeting in college. Finally, the romantic birds walked down the wedding aisle on September 25, 2015.

The couple tied the marital knot in an extravagant ceremony that took place in Oheka Castle, Long Island, NY in the presence of around 500 guests. Various media outlets covered their lavish wedding.

A source claimed that the guests who appeared at the ceremony would have to bring gifts worth $5,000 minimum. The former “Growing Up Gotti” star and his newlywed wife reportedly received $2.5 million worth of gifts at the wedding. John’s gifts value was even more than his uncle, mob scion John “Junior” Gotti’s haul who made $350,000 on his lavish ceremony at the Helmsley Palace in 1990.

The source later clarified and corrected that the gifts were not the part of wedding entry.

John’s mother was the one who made all the preparations for her son’s big day.

“It’s so hectic. What we perceive as little details become major decisions. So, it’s hard because I think of these things as tedious and not that important in the grand scheme of things, but then again, I think back to when I was the bride-to-be and I realize that they were so important. So, I give that leeway.”

She said in an interview with Radar Online

Since then, John and Alina have been supporting each other in every step. And their love can also be seen on their social media posts.

Do John and Alina have Kids?

The lovely couple has a cute son named Johnny Agnello born on November 25, 2016. John often spends time with his son and has been a real father figure to him. He feels lucky to be a father, and on his son’s third birthday John revealed how the birth of his son has changed his life.

Happy 3rd Birthday to my bestfriend. You have taught me how to be a better man and outright just a better person. You light up daddy and mommys world everyday. We love you so much.

John wrote in the caption

What does his wife Alina Sanchez do?

John’s wife Alina is a Physician Assistant currently working in East Hills, New York. She graduated with a biology degree from Long Island University and even studied Biology and General at Siena College.

Apart from raising his son, Alina is currently a Physician Assistant at the St. Francis Hospital, The Heart Center since 2017.

In addition, Alina is available on Instagram under the username @alina_cakes_agnello where she features her husband and son.

Short Details On His Career

Being the son of Victoria Gotti, John is also involved in the showbiz industry. John debuted on the big screen by landing the role of Frankie Spazznelli in the television series named The Cadillac Crew, released in 2011. Following year, he again appeared as James in Love Written in Blood.

In addition, he was also an executive producer of The Cadillac Crew.  John is also credited in a short movie named Run. Apart from that, he has appeared in various tv shows including WTF with Marc Maron, VH1 Big in 05, and Growing Up Gotti. Now, 5 feet 10 inches tall actor is engaged in different fields. So, we can get updates about his present life by following him on Instagram where he is active as @jgotti_agnello.

The actor has amassed a considerable fortune from his profession and some sites estimate his net worth to be around $500,000 to $1 million. By working in several films, Agnello must have earned a decent profit. In the United States, the average salary of an actor is $48,335 or $71,615.