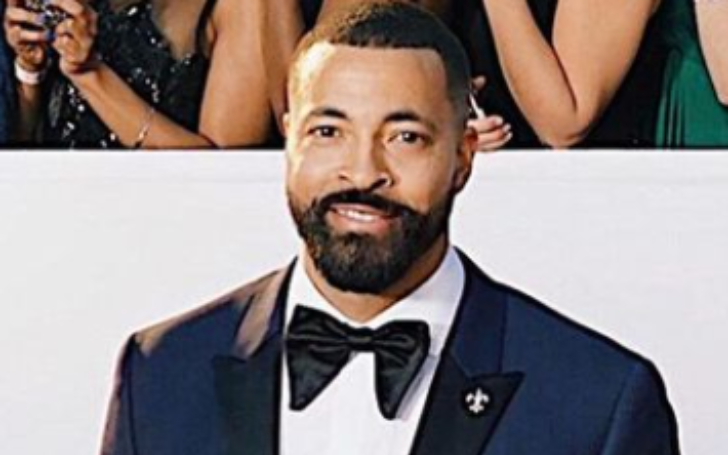 Timon Kyle Durrett is a multi-talented American actor, producer, activist, author, and artist well known for his performances in the Award Winning TV show Queen Sugar and the TV series Stuck with You. Moreover, the actor also has a notable role in the television series Single Ladies.

Timon Kyle Durrett was born on July 12, 1972, in Chicago, Illinois, United States. He was born as one of eight children to his parents. He has five brothers and two sisters.

For his education, the actor went to Fenger Academy High School, Roseland community. After graduating, he enrolled at Alcorn State University and became part of the basketball team. There, he was also a part of Phi Beta Sigma Fratenity, Inc.

What Is His Estimated Worth? Famous For ‘Queen Sugar‘ And ‘Stuck with You’

The 48-year-old actor holds an estimated net worth of $500 thousand as of October 2021. He adds up his income from his multiple profession. Besides acting, he sums up to $153 to $255 per sponsor post from his Instagram @timonkdurrett, with over 30 thousand followers.

Durrett also accumulates money from his endorsements and other side business. His book titled “Who The Hell Do I Think I Am?: A Brief And Candid Assessment Of Oneself” cost $5.99 on Amazon.

He made his acting debut in 1999, appearing in the film Deep Passion. The following year, he was cast as Mr. Dolan in the film The Teach.

Timon appeared in the television series Las Vegas and Samantha Who? in 2007. He made an appearance as Quinn Davis in the TV series Single Ladies in 2011. Some of his other television and film credit are Are You There, Chelsea?, 72 Hours, Zodiac Sign, Zoe Ever After, and For the Love of Christmas.

In 2020, Samantha Who? actor played Luvell in the television series Stuck with You and co-produced four episodes of the series. The next year, he was cast as Rock Armstrong in the short film New Growth.

Single Ladies star acted as Davis West in the TV series Queen Sugar from 2016 until 2021.

Queen Sugar star is not married as of 2021. He hasn’t revealed anything regarding his relationship at the moment. He is quite low-key about his dating life. However, the actor has on-screen chemistry with Candace, played by actress Tammy Townsend in the TV series Stuck with You.

Apart from that, Timon is very afraid of butterflies as well as moths from his childhood.