Jovan Arriaga, Suzette Quintanilla’s Son Biography; Who Is His Girlfriend? 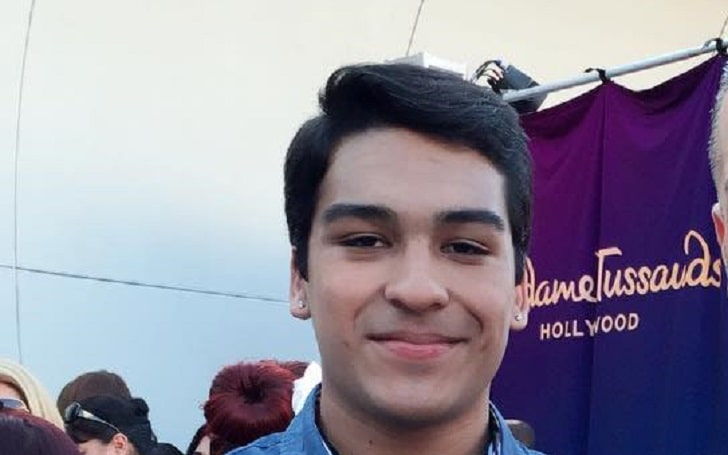 Jovan Arriaga is a star kid who is recognized as the son of drummer and pop singer Suzette Quintanilla. Besides, his mother got attention from people as the drummer for the hugely popular Tex-Mex band Selena y Los Dinos.

Jovan Arriaga was born in the United States of America on March 5, 1998. So, his age is 23 years old as of 2021. He holds an American nationality, and his birth sign is Pisces.

Moreover, he was an ace baseball player in his school days and was a well-behaved kid in his younger days. He did not have any siblings, so was raised alone by his parents.

Similarly, Jovan’s maternal grandparents are Abraham Quintanilla and Marcella Samora. Talking about his ethnic background, he belongs to mixed ethnicity.

Insights On His Career

The renowned celebrity kid played baseball for four years in high school and subsequently graduated with honors.  Also, he was outlined in El Salvador Magazine in November 2017. Reportedly, Arriaga is working as a Hydraulic Civil Engineer.

On the other hand, his mother, Quintanilla, is a talented drummer. After her father opened his first Tex-Mex restaurant, Papa Gayo’s, she started performing with her siblings in Lake Jackson, Texas.

Currently, she is associated with the Latin entertainment company Q-Productions, Inc., and manages the Selena Museum in Corpus Christi, Texas.

Likewise, Arriaga has also made her portrayal in the 1997 film Selena. Jovan’s father Bill may be engaged in some business, but the exact data remains a mystery.

Jovan’s aunt Selena was one of the most prominent American singers, songwriters, spokespersons, businesswomen, models, actresses, and fashion designers.

Sadly, she was murdered at the hands of fan club president Yolanda Saldivar. She died on March 31, 1995. Her sad demise shattered her fans.

Meanwhile, Corpus Christi held a vigil that drew 3,000 fans on April 1, 1995. Besides, Selena’s smile is the same as Jovan as his mother, Suzette Quintanilla.

Arriaga’s father, Bill and mother, Suzette tied the marital knot privately, and their loved ones attended their wedding.

The couple has been together for over a decade and is still leading a blissful life. However, they do not come forward in the media much.

Is Arriaga In A Relationship?

Yes, Jovan Arriaga is in a romantic relationship with his beloved girlfriend, Mallory Smith. The loving duo has been cherishing their lives for more than one year, and they often share pictures on Instagram.

Besides, Arriaga’s love Smith is a 2nd-grade teacher at the School of Science and Technology. And she finished her education EC-6 at Texas A&M University-Corpus Christi, graduating in 2019.