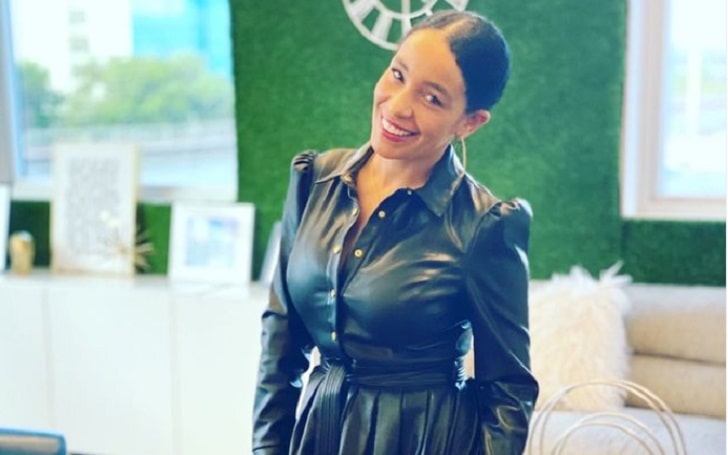 Monique Idlett is an American businesswoman and is considered a successful entrepreneur in the field of music entertainment. She has over two decades of business experience and outstanding success as a CEO. The 47 years aged businesswoman is widely famous as the ex-wife of Timbaland. He is an American record producer, rapper, singer, songwriter, and record executive who has worked with Lil Eazy-E.

Monique Idlett was born in Georgia, the United States, on April 30, 1974. She lived a hard life at a young age as her father passed away when Idlett was just 19 years old. After her father’s passing, the American native had to take care of her siblings.

From the initial phase, Idlett did various jobs and later attended George Washington University. And after that, she decided to get her MBA. After completing her education, Monique began her career in the business field.

Since her early twenties, Idlett has been working professionally. At the age of 22, she convinced a Vice President at USA Today to employ her for a post that needed around 20 years of venture, becoming the first African American woman senior executive at USA Today. There, she served for seven years, and during that time, she had already started her marketing agency.

Idlett has worked with famous personalities such as Kanye West and Timbaland. She also helped music producer and rapper Timbaland launch the Mosley Music Group in 2006. Meanwhile, Idlett worked as the CEO of Mosley Brands and Mosley Music Group. They have worked with music stars like One Republic, Nelly Furtado, and Chris Cornell.

Later, Idlett founded Reign Venture Capital, an investment firm focusing on start-ups ushered by women. As a long-time music producer, her expertise has enabled Reign Venture Capital into a name to consider. Apart from that, she also has an impressive portfolio as a philanthropist. She is the founder of the Always Believing Foundation. Furthermore, her work has received different honors or titles. In addition, she has also served as a National Trustee for The Boys & Girls Clubs of America since 2014.

Monique was married to her husband, Timbaland. Her partnership with Timbaland in the Mosley Music Group gradually flourished into romance. Now, they are already separated. The ex-couple began dating in 2004. And in November 2007, the couple welcomed a beautiful daughter, Reign Mosley.

After five years of marriage, Idlett filed for divorce from Timbaland in October 2013. And the reason was ‘irreconcilable differences.’ Also, she asked for a significant amount of alimony from Timbaland. But after negotiations, the pair decided to get back together, only for Idlett to file for divorce again in July 2015. And in March 2017, their divorce was reportedly finalized.

The globally recognized entertainment pioneer has been working professionally since her twenties. As the founder of Reign Ventures, she has empowered young entrepreneurs to create multimillion-dollar businesses. Through her company, Idlett has earned a massive fortune. According to Meaww, Monique Idlett’s net worth is estimated to be approximately $200 million, but Exact Net Worth says it is around $250 million.

Likewise, Idlett is one of the stars of Discovery’s Undercover Billionaire season 2. In the respective show, she will be sent to a small town with only a $100 bill, a phone, and a car with a task to build a successful $100 million firm in just 90 days from scratch. On the other hand, Idlett may earn $223.5 – $372.5 from a single sponsored post on Instagram.