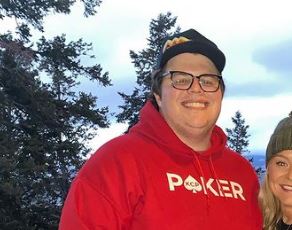 Stelen Keith Covel is popular as the son of country singer and songwriter Toby Keith. He is an entrepreneur and restaurant owner who has invested in the restaurants, Tequila Chulos, 405 Burger Bar, and Hollywood Corners.

His father Toby Keith is known for his albums Toby Keith, Boomtown, Blue Moon and Dream Walkin’ which he released with Mercury Records.

Stelen Keith Covel was born on October 23rd, 1997 and is 24 years old as of 2022. He holds American nationality but his ancestry is still unknown.

His parents are Toby Keith Covel and Tricia Lucus and he has two siblings named Shelley Covel Rowland and Krystal Keith.

His father was 20 when he first met his mother at an Oklahoma nightclub in 1981. After dating for some years, they married on March 24, 1984.

Stelen is the son of Toby Keith Covel and Tricia Lucus. His father Toby is a country music singer, songwriter, actor, and record producer.

He often visited his grandmother in Fort Smith where she owned Billie Garner’s Supper Club.

Keith grew an interest in music and got his first guitar at the age of 8.

After high school, he worked in the oil fields and later formed a band with his friends to play in the local restaurants.

He lost his job after the oil business declined rapidly and again began playing football for the semi-pro Oklahoma City Drillers. At the same time, he also worked with his band Easy Money.

Toby signed a deal with Mercury Records and released his debut “Should’ve Been a Cowboy” in 1993. The song reached the top of the U.S. Billboard Hot Country Songs chart and number 93 on the Billboard Hot 100.

It also was the reason behind the success of his self-titled debut album.

He released his second album Boomtown, in September 1994. His third and fourth albums Blue Moon and Dream Walkin’ also earned success on the Billboard. Besides, he has released 19 studio albums in total and several other albums.

Where are his Siblings?

Stelen has two siblings Shelley Covel Rowland and Krystal Keith. His eldest sister Shelley is his maternal half-sister. She is already married and has two children.

His other sister Krystal has followed in their father’s footsteps. Born on September 30, 1985, she is also a country music singer.

Krystal is a graduate of the University of Oklahoma.

Krystal sang with her father Toby on a cover of Inez and Charlie Foxx’s “Mockingbird”. It was included on his 2004 album Greatest Hits 2. Moreover, she has also revealed her singles and also writes songs for her father.

Krystal is married to Andrew Robert Sandubrae and has two daughters.

Yes, the son of a country music singer is no more a bachelor. He married his long-time girlfriend Haley at Cascata Golf Club in Boulder City, Nevada, in November 2021.

They had been dating since 2015

Stelen later shared the photo of their nuptials on his Instagram where he can be seen holding hands with his wife. The bride wore an off-the-shoulder white gown while the groom appeared in a black suit with a bow tie.

Stele’s Instagram @stelen_ is full of the couple’s photos and has been a very happy life with his partner.

Restaurant Business and Other Ventures; Net worth and Earnings

The Keith family has been running restaurant businesses and has invested in many restaurants.

Toby runs Toby Keith’s I Love This Bar & Grill which has branches in many places. Likewise, Stelen also has invested in several restaurants Tequila Chulos, 405 Burger Bar, and Hollywood Corners.

His father Toby has a clothing line, TK Steelman and has also introduced a drink named “Wild Shot”.

Toby is also popular with the name “Country Music’s $500 million man”, which was written by Forbes magazine.

He earns huge money and even earned $65 million in a year. Interestingly, he hasn’t earned less than $48 million a year over the past 5 years.