Nikki Baker’s Biography Along With Her Professional Career And Personal Life! 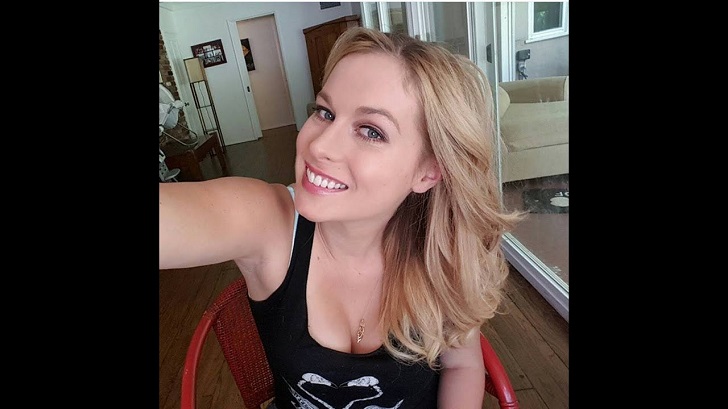 Nikki Baker is a famous American YouTube personality, who grabbed huge attention for posting pranks, styles, and video vlogs along with her former partner, John Dahl. During their relationship, they created NikkiandJohnVLOG in 2010. Now, after breaking up with her former boyfriend, she currently uploads videos on Your Favorite Nikki (YouTube channel).

Nikki was born on 6th June 1988, under the birth sign of Gemini. The 34 years old YouTube personality was born in Minneapolis, MN, the United States of America.

Nikki is of American nationality, whereas her ethnicity is mixed, as she belongs to Swedish, German, Polish, English, Irish, and Norwegian descent.

The Youtube star is the daughter of William Baker (father) and Dorothe Ischler (mother). She has two sibling-sisters named Danica and Andre.

Nikki and his former partner, John, who were high-school sweethearts, first posted a video on YouTube channel. Then 20 years old, Nikki drank an entire bottle of hot sauce so that her then-boyfriend would take her out for dinner.

Right after their video went viral, they started pranking each other and uploaded videos on their channel.

The 5 feet 5 inches tall Nikki pranked his then partner by smashing his Xbox, superglued him to the toilet seat, shaving half of his head, and so on. Pranking back, John has smashed her laptop, put itching power on her lotion, and even dyed her hair purple.

Besides their main channel, Pranksters in Love, John also has four more channels, one for their pets, and three for his gaming, cooking, and fishing.

Nikki is also an actor and has three acting credits under her name.

Nikki And John Are No Longer Together; Why did they Break up?

The 34-year-old YouTube personality is currently single, as of now, after a tragic break-up with her former partner, John. She is not involved in any kind of relationship after separation.

While her former partner, John, has already moved on with another woman, Nikki is now separating her time for raising their child as a single mother and investing time on her YouTube channel.

In one of the videos, Nikki claimed that she is too young to find her Mr. Perfect.

Nikki and John, who first met during high school days in Minnesota, moved to California together. As per sources, they started dating in 2008. Sources like Who’s Dated Who claimed that they got engaged after two years of dating.

The former partner shares a child, daughter named Iris together. She was born in 2014. To date, both Nikki and John have not revealed the reason behind their separation.

Nikki loves her daughter very much and is her entire world. In Youtube bio, she writes:

I am Nikki Baker. I am a single mom documenting my journey. On this channel you will see vlogs, challenges, beauty/ fashion, and mom videos. My daughter Iris is my entire world. Stay tuned for more videos! For Business inquiries please email: [email protected]

Being a famous YouTube personality, Nikki Baker has collected $1 million net worth, as of 2022. Her net worth, a couple of years ago, was between $800 thousand to $900 thousand.

The Wally Got Wasted’ star’s YouTube channel and acting profession are the main source of income. She makes around $50 thousand for appearing in a movie.

The Youtube star initially operated a youtube channel named Pranksters in Love with her former partner. However, after their break-up, she runs a solo channel named “Your favorite Nikki” created in 2011. The channel has 86.7K subscribers with more than 5.3 million views.

Nikki’s Instagram handle is @yourfavoritenikki where she has more than 44k followers.