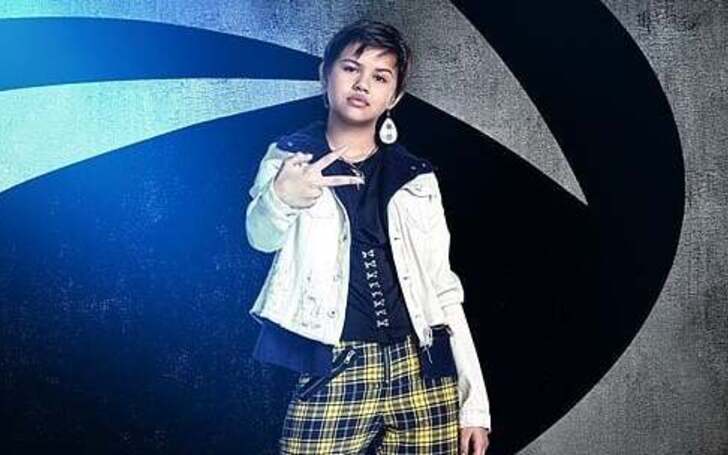 Havan Flores is a young American actress who is widely known for appearing in a short movie Harmonica Man and television series like Henry Danger and Danger Force. Besides the acting profession, she is also a model who has worked with big brands like GAP.

Is Havan Flores Boy Or Girl?

As the actress typically wears boy clothes and prefers short hair, many people have been confused about whether she is a girl or boy. Well, if you check her IMDb page, it has clearly stated that she is an actress. You can check her with long hair on her Instagram.

Well, her short hair has made an enormous impact and worked in her favor. Her short hair is perfect for her role of a fierce girl, Chapa, in the television show, Danger Force.

How Old Is She?

The rising young actress is yet to reveal her exact birthdate details; however, some sources claim that she was born in the 2000s and is currently a teenager. The native of Oklahoma, Havan, is of American nationality, whereas her ethnicity is still missing.

As Havan belongs to the military family, she has traveled and moved to different countries while growing up. She has an older sister with whom she loves spending her spare time.

She did not disclose the name of her grandparents; however, they taught her to bake, can fruits and vegetables, and grow a garden. Likewise, her mother taught her and her sister to play softball.

The mid-teenager Havan was keen on singing and dancing from a young age; so, her mother signed up her in those classes. She also participated in numerous community theaters to enhance her acting skills.

Haven first made her television appearance modeling for Gap Kids with Sarah Jessica Parker back in 2018. Since then, she grabbed huge attention and remained in media coverage.

Havan has appeared in two short movies; as Anna in Harmonica Man and as a shooter in Pigeon. She then started portraying the role of Chapa in the hit show, Henry Danger. After the show got canceled, she continued her character on its spinoff Danger Force.

How Much Is Havan Flores’s Net Worth?

It has only been around two years since Havan started her modeling and acting profession, but, has already grabbed huge attention. She earns considerable cash from her acting and modeling career.

As of 2020, Havan Flores’s net worth is $90 thousand. She also earns from attending events.

The 5 feet 5 inches tall actress has an Instagram that has 31.6 thousand followers, and her mother handles it.

Havan is currently in her mid-teen; thus, there are very fewer chances of her being involved in a relationship or having a boyfriend. As of now, she is focused on her studies and professional career.

The actress is an outdoor person who prefers playing sports. Her favorite thing to do is to go fishing with her family. Likewise, she loves playing softball with her elder sister.

The model has a blind cat, Bob Lee.