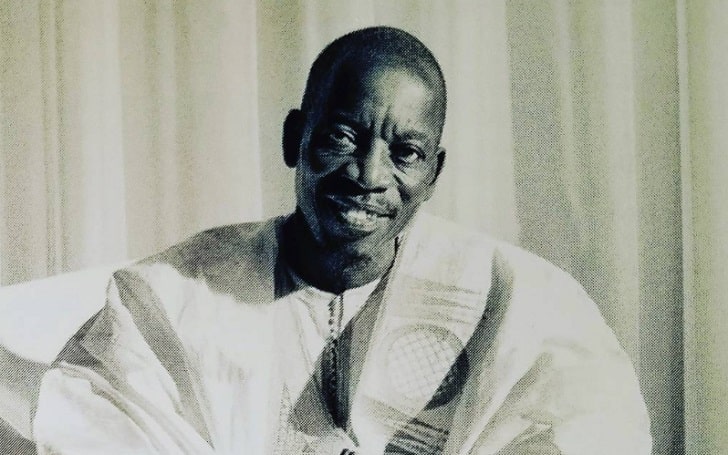 Mor Thiam is a Senegalese drummer and cultural historian who is also recognized as the father of famous singer Akon. Besides, Akon is a hit singer who shot to fame in 2004 after releasing Locked Up and grabbed more attention when he released his second single Lonely.

Thiam is 80 years old as of 2021. Mor Thiam was born in Kaolack, Senegal, on May 22, 1941. Besides, he comes from a Toucouleur family of Quranic scholars. Further, the talented drummer holds Senegalese, whose surname is pronounced: Chahm. Currently, he is based in Orlando, Florida, US.

Furthermore, Thiam is a descendant of the Dagon tribe of Senegal who belongs to a family of historians. Since the age of 8, Mor has been performing and has taught drumming at many prominent American and African Universities, together with the University of Dakar in Siegel.

Mor Thiam began his career as a mechanic on the Dioran boat in Lindian outside Kaolack. During his three-month vacation, he would use his time drumming with the Théatre National Daniel Sorano in Dakar. So, Thiam was passionate about drumming from an early age. And the Théatre National Daniel Sorano was invited by President Senghor at the first World Black Arts Festival in 1966.

During that event, Thiam met choreographer Katherine Dunham who asked that he join her in the United States to develop the African culture with the African-Americans, who were in the midst of a civil rights movement. So, in 1968, he arrived in the United States, settling in East St. Louis. Thiam taught African Cultural Studies at Southern Illinois University.

Also, Thiam met various civil rights leaders, including Martin Luther King Jr. and Jesse Jackson. Similarly, he also played with musicians, including Don Pullen and Nancy Wilson. In 1974, he recorded his first album called Ndende Safarra with B.B. King and Nancy Wilson to aid victims of an African drought. And Thiam recorded his second album Back to Africa in 1999.

Apart from that, he regularly serves as a consultant for many African projects around the United States. Not only that, but Thiam works as the executive director of the Stone Mountain, Georgia-based Institute for the Study of African Culture.

Net Worth Of Mor Thiam

Senegalese drummer might have added a huge fortune to his name from his profession. He might be living a quality life with the money earned throughout his career. Now, Thiam might have retired from this field. Furthermore, his son, Akon, is the wealthiest singer whose net worth is over $80 million. Akon has released numerous songs that have done well in the industry and collected a massive profit.

Furthermore, Akon also makes a profit from performing in concerts and collaborating with various rich artists. On the other hand, he also has several business ventures, including film and television production. According to the richest, Akon’s earnings in 2011 were $30 Million, and in 2010, he earned $20 million.

Thiam exchanged his wedding vows with Kine Gueye Thiam, with whom he has a son named Aliaune Damala Badara Akon Thiam. Their son is primarily recognized as Akon. Besides, Kine is a dancer (like Keenan Kampa) by profession. Further, Kine came to the United States in 1972.

Talking about their son, Akon reportedly has six children with three women. As per Sportskeeda, Tomeka Thiam is the legal wife of Akon. Some sites say they are the parents of a son and daughter, while others say they have four children. Additionally, Tricia Anna is another one of the singer’s wives, and Rachel Ritfield is his second rumored wife.