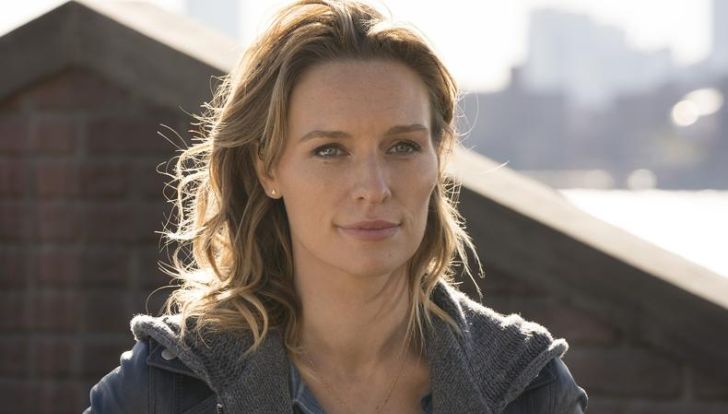 What Is The Net Worth Of Actress Michaela McManus?

Michaela McManus is an American actress famous as Lindsey Strauss in One Tree Hill and A.D.A. Kim Greylek in Law & Order: Special Victims Unit. His other notable acting credits include Awake, The Vampire Diaries, and Into the Grizzly Maze.

As of December 2020, Michaela McManus has an estimated net worth of $900,000. He earns a good sum of dollars from his films and series.

Michaela McManus made her on-screen debut playing Bartender’s Wife in the short-film Cosa Bella. After that, she appeared in films like The Beautiful Lie, I Graduated, But…, and You Don’t Have to Love Me.

The 37 years old actress MaManus came to the limelight after she featured on the 2008 TV series One Tree Hill. In the show, she played the recurring role of Lindsey Strauss for 17 episodes. The same year, she appeared in an episode of CSI: NY.

Moreover, her other notable acting credits include movies and TV shows such as About Fifty, Café, Funeral Kings, Into the Grizzly Maze, Love Finds You in Valentine, The Vampire Diaries, Awake, Necessary Roughness, Aquarius, SEAL Team, The Orville, The Village, and You.

The Vampire Diaries actress Michaela is married to producer and writer Mike Daniels. The couple exchanged wedding rings on July 3, 2011.

Michaela McManus was born on May 20, 1983, in Warwick, Rhode Island to parents James McManus and Patricia McManus. She has an older sister, Erin McWalsh.

You actress McManus holds an American nationality and belongs to the white ethnicity. As of 2020, she is 37 years old and her height is 5 feet 9-inch tall f 175 cm.

Regarding her education, Michaela attended Fordham University. Later, she graduated from New York University’s acting program. Then, she moved to Los Angeles to start her full time acting career.