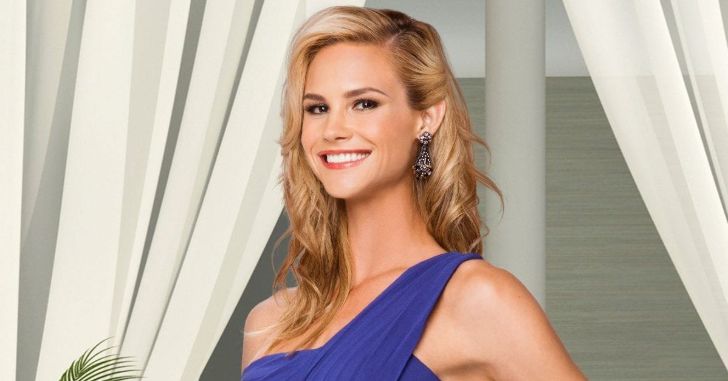 Meghan O’Toole King is an American television personality. She is famous for appearing on Bravo TV reality The Real Housewives of Orange County.

Among the public, she is also popular as the wife of Jim Edmonds, former professional baseball center fielder and a broadcaster for Fox Sports Midwest.

How Old Is Meghan O’Toole King?

Meghan O’Toole King was born on September 26, 1984, in St.Louis, Missouri. The American television personality is 36 years old as of 2021.

Her father is Kevin King and the mother is Julie King. She spent her childhood with her three siblings. She has a brother, RJ King, and sisters, Julie King, and Caitlin O’Toole King.

In 2007, Megan graduated from the University of Mississippi School of Business Administration.

O’Toole King has been active in the entertainment industry since 2013. She made her television debut with the series Resale Royalty.

Eventually, in 2014, she came to the limelight after appearing in the reality TV show The Real Housewives of Orange County. From 2014 to 2021, she featured as a cast member in the show.

Furthermore, her other notable television series include Daily Pop, Watch What Happens: Live, The Domenick Nati Show, Access Daily, and Say Yes to the Dress.

So far, the reality star has altogether 7 credits under her name. Professional since 2013, she has an estimated net worth of $1 million as of March 2021.

Have A Look: What Is Valerie C. Robinson Doing Now? Where Is She Now?

Meghan is married to Jim Edmonds. The couple tied the knot on October 24, 2014. They are separated since October 2019 and have filed for divorce.

Together, the duo has three children. They are Aspen King Edmonds, Hart Edmonds, Hayes Edmonds.