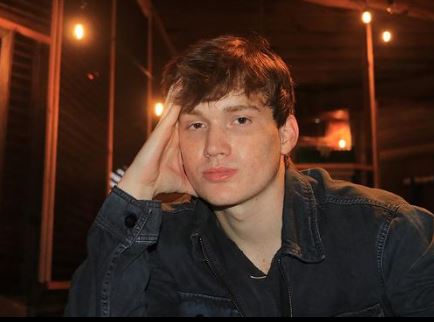 Matt Lintz is an American actor known for his appearances in The Walking Dead, The Alienist, and Pixels.

Lintz is set to star in the upcoming American television miniseries Ms. Marvel which will release on June 8.

Lintz is 20 years old and holds an American nationality. He comes from American ancestry.

He was born to his mother Kelly Collins Lintz and his father Marc Lintz. Matt has three siblings.

Auburn University is his alma mater.

He has two sisters named Mackenzie Lintz and Madison Lintz and a brother named Macsen Lintz. Both of his sisters are actresses and his brother is also an actor.

Matt’s brother and sister were also cast in The Walking Dead. Matt played the older version of Henry while his brother Macsen portrayed the younger version.

Lintz made his acting debut in Halloween II as Mark in 2009. His TV debut came in 2010 in Memphis Beat.

Matt has starred in several movies like The Crazies, A Smile as Big as the Moon, and Kill the Messenger. He gained fame for his portrayal of Matty van Patten in Pixels.

Lintz has also appeared in the TV series Army Wives, Sleepy Hollow, and The Alienist, but his most popular act was as the older version of Henry in The Walking Dead from 2018 to 2019.

Who is Matt Lintz’s Girlfriend?

The Ms. Marvel actor is dating his girlfriend Gracie Sapp. The couple reportedly began their relationship in early 2022.

His girlfriend Gracie is a model who was crowned the Miss Kentucky Teen USA 2013.

She attended the University of Kentucky and is currently pursuing veterinary medicine at Auburn University.

Matt and his girlfriend recently visited The El Capitan Theatre in March 2022.

Matt’s girlfriend is a model and veterinary medicine student at Auburn. She was born as the middle child among 5 children and attended Lexington Christian Academy.

Gracie is a state-level swimming champion and held the record for 10 years.

Besides, she is also a model who was crowned the Miss Kentucky Teen USA 2013.

Lintz is a promising actor who has recently stepped into mainstream movies and TV shows. He is yet to earn fame and money as an actor.

His hit series to date is The Walking Dead and might have earned a good paycheck to represent it.

He is set to appear in the Marvel Cinematic Universe’s Ms. Marvel. Lintz might have received a good amount to portray in the series.

Matt Lintz is on Instagram @matt_lintz where he has 122k followers.