Marlli Arias- the Hot Mother of Maluma: Relationship with her Son 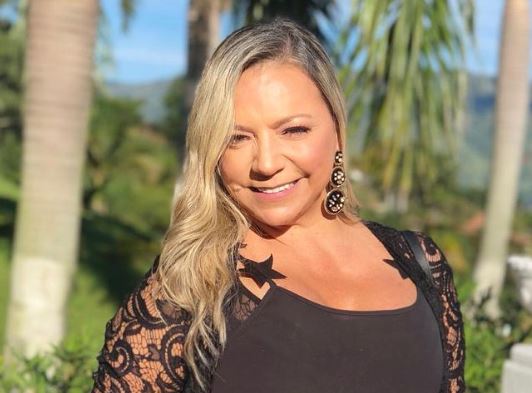 Marlli Arias, the mother of Colombian singer and songwriter Maluma, is a businesswoman. She is the mother of two children, a daughter, and a son with her husband Luis Fernando Londono.

Marlli Arias Age and Family: Who is her Husband

Marlli was born in 1969 in Medellín, Colombia. She is 53 years old and holds Colombian nationality.

Born in a middle-class family, she hasn’t shared information about her family.

Arias still looks amazingly beautiful even in her fifties.

She is married to her husband Luis Fernando Londono with whom she shares two children.

They got married in the early 1990s and have been married for more than three decades.

She has a daughter named Manuela and a son named Juan Luis Londoño Arias popular as Maluma.

See: Bernadette Birk- Mother of TV star Bethenny Frankel: How is their Relationship?

Who is her Son, Maluma?

Her son Maluma is a Colombian singer, songwriter, and actor. He was born Juan Luis Londoño Arias on 28 January 1994, in Medellín, Colombia.

He chose his stage name Maluma in honor to his family. Maluma is composed of the first two letters of his family members: Marlli his mother; Luis his father and Manuela his older sister

He played soccer in his school and also played in the lower divisions in the teams Atletico Nacional and Equidad Sports Club.

While studying at Hontanares School in El Retiro, he was interested in singing and also took part in several competitions.

At the age of 16, he recorded his first single “Farandulera” which became a hit, and then signed with Sony Music Colombia to record an album.

Maluma released his first album Magia in 2012 but came into the limelight after releasing his second album Pretty Boy, Dirty Boy in 2015.\

Marlli is closest to her son Maluma than other family members. The mother and son share a beautiful bonding.

The Colombian often mentions his mother as the most important person in his life. Marlli frequently travels with her son during his world tour and concerts.

Her Instagram @mar_ariasg has pictures of her son and family shared among 335K followers.

She has a huge fan following on her Instagram where she shares personal moments with her son during tours and concerts.

Earlier, Maluma opened up about his affair with Cuban-Croatian model Natalia Barulich in January 2018.

Taling about their relationship in an interview, the 28-year-old singer said:

“We have a great time together, we have fun, we love each other, and we also support each other…I think those are the fundamentals. It’s the most important thing. Right now, we’re dating. We like what we have, I like her company, and she supports me and loves me, so you’re all seeing me like never before.”

The couple later separated in 2019.

Marlli and Maluma Criticized for Kissing

In May 2014, Marlli and her son became the center of criticism after Maluma shared a photo of him kissing his mother on the lips.

In the photo shared on Mother’s Day, the Colombian can be seen sharing a smooch as he holds his mother’s face.

Some of the fans supported the singer and his mother saying that it was a part of Latin culture while several fans criticized them saying it was way too passionate.