All about Shannon Boodram: Who is her Husband? 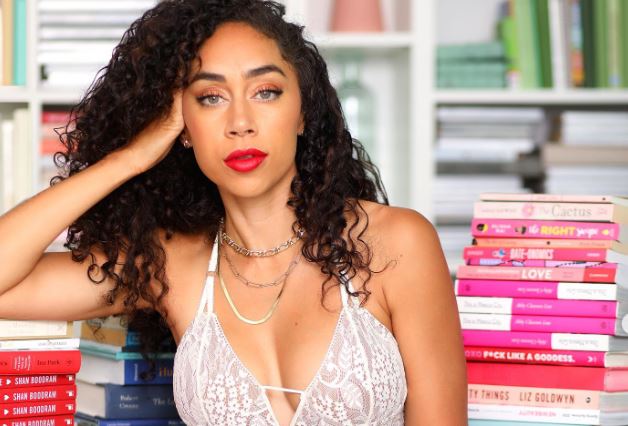 She has been discussing and advising people about sex, relationships, and attachment for more than 15 years. Besides, she is also pursuing her M.S. degree in Psychology at ASU.

She also hosts a podcast Lovers and Friends with Shan Boodram and has written a book The Game of Desire.

Moreover, she starred in Netflix’s #1 show Too Hot to Handle and also hosted and produced Quibi’s #1 daily show, Sexology with Shan Boodram.

Boodram was born on April 2, 1986, in Toronto, Canada. She is 36 years old and holds a Canadian nationality.

She comes from mixed ancestry as her father is an East Indian, Caribbean, while her mother Olivia Boodram has half black and half white ancestry.

Her mother is formerly worked as a nurse and is now a travel insurance agent.

Shannon attended Coppin State University where she earned her Bachelor’s Degree in English Language and Literature/Letters.

She then studied at Centennial College and received an Associate’s Degree in Journalism.

Boodram then attended the Institute for Advanced Study of Human Sexuality where she became a Certified Clinical Sexologist, Sexology, Erotology.

Since her graduation, she has been working as a sex educator and intimacy expert for more than 15 years.

Besides, she has served as a Panelist on Showtime Networks Inc. She even appeared as a guest sex expert on CBS Corporation’s Sex Expert The Insider.

She has even hosted various shows on Black Entertainment Television and her podcast Lovers and Friends with Shan Boodram.

Currently, she serves as a W Dish Creator on W Network. She is also a relationship expert on Peacock’s new dating show, Ex-Rated, hosted by Andy Cohen.

How did Shannon Boodram meet her Husband?

Shannon is a married woman. Her husband is Jared Brady and also has a daughter named Ryu.

They tied the marital knot in December 2018.

The couple was introduced by a mutual friend in Bobby London in Koreatown where Jared worked as a bartender.

Surprisingly, her husband forgot her after the first meeting and they did not hang out for a year. They had a reunion after a year and eventually started dating.

I remember him coming up to us and I was like, “I really want this dude to dance with me.” I really like him, I wanted to dance with him. I wanted him to talk to me, but he didn’t. When we left there, Affion followed me on Instagram and I looked at his profile and was like, “Here is this dude that I thought was so cute.” I followed him. It took an actual year later before we saw each other again in person. It was kind of like this very slow, long, Instagram courting process.

She currently resides with her husband and daughter in Los Angeles.

Shannon and Jared had a Casual relationship initially

The famous couple Shannon Boodram and Jared Broady, however, had a casual relationship at first.

The couple was not committed to each other as they had no emotional attachment. They only had a physical relationship which later turned into love.

After several meetings, they started to build trust and finally accepted each other as boyfriend and girlfriend.

It was just a really slow, comfortable process of us crossing boundaries, seeing that it was safe, and then staying there for a while until it felt time to cross another boundary together.

What’ her Net worth?

Shannon Boodram has a good income from multiple sources. She has been earning thousands of dollars annually.

She earns the most from her career as a sex educator. Besides, she also appears on shows and has even hosted some.

She reportedly charges thousands of dollars for appearing on shows.

Moreover, she also runs a youtube channel Shan BOODY where she has more than 77 million views. She has around 685K subscribers and earns well from Youtube.

Her net worth is expected to be around $1 Million.