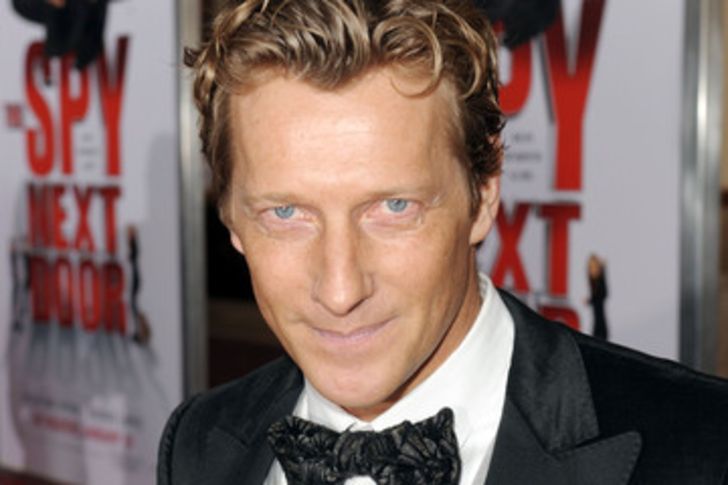 What Is Magnús Scheving Net Worth In 2021?

Magnús Scheving is an Icelandic actor, writer, businessman, producer, and athlete. He is famous for creating, directing, and starring in the children’s television show LazyTown.

Daytime Emmy Award-nominated star has gathered a decent fortune from his multiple careers. As of Celebrity Net Worth, Magnús Scheving has an estimated net worth of $8 million in 2021.

How Old Is Magnús Scheving?

Magnús Scheving’s full name is Magnús Örn Eyjólfsson Scheving. He was born on November 10, 1964, in Iceland.

His parents are Þórveig Hjartardóttir and Eyjólfur Magnússon Scheving. He spent his early life with his older sister and a younger brother.

Talking about his education, Scheving graduated from the University of Iceland along with a degree in sports science.

Before starting his entertainment career, Magnús worked as a telephone exchange messenger boy for Borgarnes at the age of 15. After that, in aerobic gymnastics, he became the Icelandic Men’s Individual Champion in 1992.

Later, Scheving published a children’s book called Áfram Latibær, the first recorded work in the LazyTown franchise in 1995. Then he was into a carpentry business which helped him to travel. Also, he was a fitness teacher for teenagers.

Eventually, in 1996, Magnus started his acting career with the film Áfram Latibær. He earned massive fame as creator, producer, and director of the children’s television series LazyTown. He even starred as Sportacus (2004–2007, 2013–2014) alongside Sarah Burgess, Julie Westwood, and Daryl Stevenson in the show.

Furthermore, his other notable acting credits include The Spy Next Door, LazyTown Extra, and The Super Sproutlet Show.

LazyTown creator Scheving is both married and divorced. Initially, he exchanged a wedding ring with Ragnheiður Melsteð in 1989. Together the couple shares a son and a daughter.

Besides that, he also has another daughter with his former partner Halldóra Blöndall. Previously, in 2017, Magnus got engaged to Hrefna Björk Sverrisdóttir. However, it is not known if the couple is still together or separated.