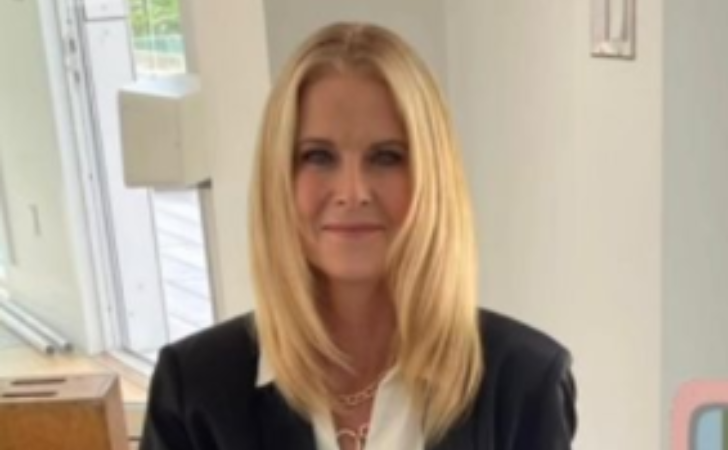 American actress and former tennis star Maeve Quinlan got fame overnight for her roles as Megan Conley in the CBS show The Bold and the Beautiful. Likewise, she is also notable for her performance in the teen drama television series South of Nowhere.

Maeve Quinlan was born Maeve Anne Quinlan on November 16, 1964, in Chicago, Illinois, United States, to Irish immigrants parents. As of now, she is 56 years old.

Regarding her education, the actress attended New Trier High School. Later, she enrolled at the University of Southern California, graduating with a Bachelor of Arts degree. She also joined Northwestern University.

Quinlan stands at the height of 5 feet 8 inches (1.73 m). She holds dual United and Irish citizenship.

How Much Is Her Current Worth? Television And Film Roles

The 56-year-old actress is believed to have a net worth of $500 thousand as of September 2021. She amassed a decent sum of her acting career.

Besides, she currently lives in Hollywood, California, where the average home value is reported to be $1,038,900, according to bsestplaces.

From 1995-2006, Quinlan made her acting debut as Megan Conley in the CBS show The Bold and the Beautiful. She has since appeared in TV series like JAG, Soth Beach, and film The Florentine, and Play It to the Bone.

She played the main role of Paula Carlin in the teen drama television series South of Nowhere from 2005-2008. Similarly, she acted as Sarah in the film High Hopes in 2009.

Some of the other films and television series include Not Easily Broken, Dirty Girl, Life, Primal Doubt, and Dirt. From 2008-2011, she starred as Constance Tate-Duncan in the teen drama series 90210.

Apart from that, The Bold and the Beautiful star has also been part of web series such as Girtrash!, 3 Way, and Cowgirl Up.

Check This Out; Community Star Gillian Jacobs: Age, Height, Boyfriend, And Net Worth

His former husband is well known for his supporting roles in films such as Born on the Fourth of July, Harley Davidson and the Marlboro Man, Passenger 57, and True Romance.

As of now, Quinlan is assumed to be single. Meanwhile, her ex-husband is currently in a relationship with Janelle McIntire, with whom he welcomed twins kid.

The talented actress is also active on her Instagram @maevequinlan, and self-titled Twitter, which she joined in February 2009. She often promotes her work on her social media outlets.