Leda Muir Biography; The Lifestory of Youtuber and Cosplay Artist 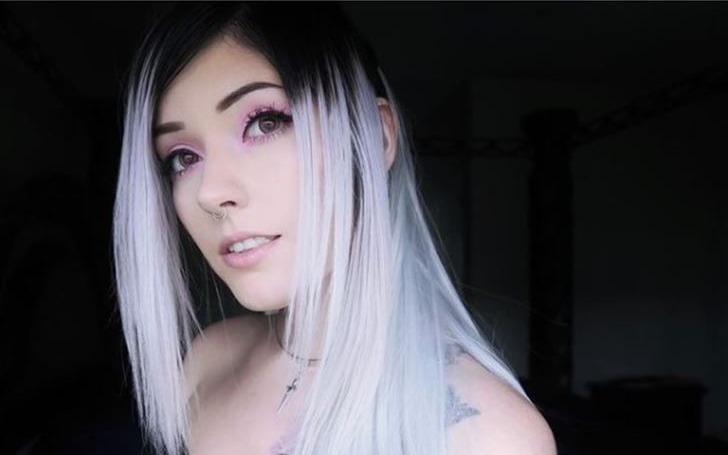 Leda Muir is a famous American Youtuber, makeup artist, vlogger, and fantasy writer. She is a famous cosplay artist, which she puts in her video tutorials and Instagram. Popular as LedaMonsterBunny, Leda’s youtube channel is filled with funny and makeup videos, and vlogs.

Fantasy writer Muir was born on July 28, 1994, in Ojai, California, USA, to her mother, Kendra Ann and her father, Chaun Eric Muir, and she is 27 years old now. Her parents divorced when she was very little.

Her mother shifted to Portland, Oregon, on March 31, 2015. Leda initially lived with her father but later moved to Portland to live with her mother.

Leda was not slim in childhood; she was overweight and was often teased by her classmates. In 2007, she got herself into eating 500 calories and drank plenty of water to remain hydrated. Due to the eating disorder, she lost 40 pounds in two months, got very skinny, and was teased again for being too skinny.

Who is Leda’s Boyfriend? (Past Affairs and Love Life)

Leda’s first boyfriend was Josh from Iceland, whom she met through Myspace. At 14, she flew to Iceland to meet him and promised him to marry. After one year, this childish duo split up.

In 2009, She made a new boyfriend named Cameron, who physically abused her, left her bruises, and even fractured her hands twice. Cameron took her $2000 and even got her into drugs and smoking. In October 2009, someone put fire in her father’s house where she was sleeping; at that time, she barely survived that fire. According to the rumors, Cameron was behind the incident.

After that awkward and dangerous relationship, in Oct 2009, she dated Nathan Owens and split up in August 2011 and never revealed anything.

Leda lived in London, Canada, during which she dated her ex-boyfriend Matt from 2012-2013. She also dated Zachary Hearts until March 2015. Moreover, she was also in a relationship with  YouTuber named SayWeCanFly from June 2015 to 2016.

After so many frustrating relationships, she stated on Twitter that she is currently single and needs a more positive environment.

My boyfriend took me to the Assassin’s Creed Symphony in San Francisco for my birthday. I wore a dress my best friend gave me, ate sushi, and had the best time ever.

Leda Muir started her career on Youtube in 2007 with the name Leda Life weary and later changed her name to LedaMonsterBunny. She had a Youtube channel named “ledafknbanana” which was hacked in 2010.

Her video “7 odd things that can seduce men” gained huge popularity with more than 1 million views. She deleted her accounts due to a lot of hatred comments on August 27, 2014, but came back in March 2015.

More of her books can be seen shortly.

Leda C Muir Net worth; How much does she earn annually?

The Youtuber Leda C. Muir’s net worth is between $1 million to $5 million in 2022. She earns a major amount from her Youtube channel posting several videos. She also makes good earnings through her professional career as a fantasy writer.

Her Youtube channel has 137k followers and her videos receive thousands of viewers which makes good earnings.

She has an awesome fantasy of keeping her hair stylish and enjoying her lavish life doing whatever she loves to do.