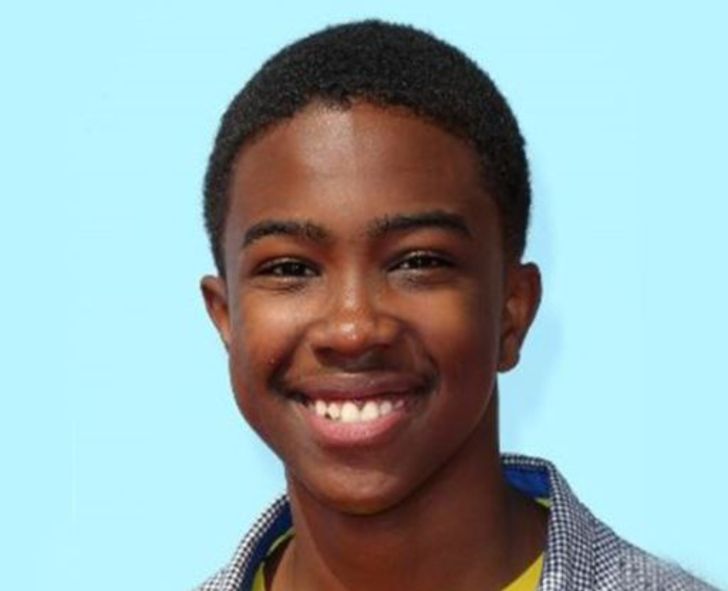 American actor Khamani Griffin is popular as Ben Hinton in Daddy Day Care and as Bobby James in Ni Hao, Kai-Lan. Also, he is known for his performance in Norbit, Grey’s Anatomy, ER, and My Name Is Earl.

Who Is Khamani Griffin Parents?

Khamani Griffin was born on August 1, 1998, in Oakland, California. His mother is Gena Sexton while the identity of his biological father is missing.

He is an American by nationality and belongs to the Afro-American ethnicity. Currently, his age is 22 and he has a height of 5 feet 9-inch or 175 cm.

Griffin was quite young when his parents divorced. He has an older brother, De’Von Flournoy (model, football player), and a younger sister, Aniela. Currently, he lives with his mom, siblings, and stepdad.

Professional since 2003, Khamani Griffin has an estimated net worth of $400,000 as of Celebrity Net Worth. So far, he has altogether 26 acting credits under his name.

Khamani made his debut with the 2003 family comedy film Daddy Day Care. He came to the spotlight starring as Benjamin “Ben” Hinton in the movie alongside Eddie Murphy, Jeff Garlin, Steve Zahn, Regina King, and Anjelica Huston. Despite earning negative reviews from critics, it grossed $164 million worldwide on a budget of $60 million.

Griffin’s other notable acting credits include Norbit, Hip-Hop Headstrong, All of Us, ER, My Name Is Earl, Without a Trace, Carpoolers, Entourage, Ni Hao, Kai-Lan, NCIS, Grey’s Anatomy, Are You Smarter Than a 5th Grader? Sofia the First, and Brothers & Sisters.

Besides that, the 22-year-old also gave his voice in Barnyard, Happy Feet, The Little Engine That Could, Rise of the Guardians, Sofia the First: Once Upon a Princess, and Cloudy with a Chance of Meatballs 2.

Khamani keeps his persona life within himself. Ever since, he has became an adult, he prefers his private life under the wrap.