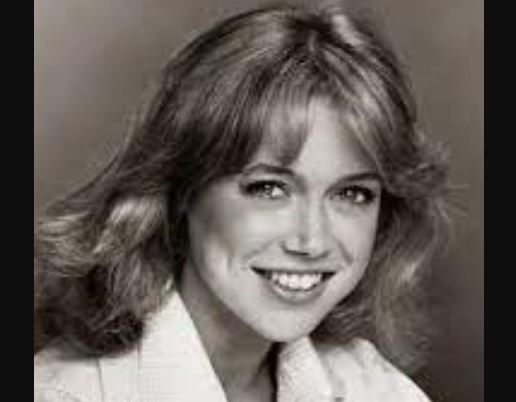 Jayne Modean is an American model and actress who is also known to be the ex-wife of Dave Coulier, an American actor, comedian, and television host.

As a model, Jayne was featured on the cover of teen magazine ‘Seventeen’, a sports magazine ‘Inside Sports’ etc and also starred in the movies and TV series Spring Break, Trauma Center, Full House, etc.

She was born Jayne Elizabeth Modean was born on October 15, 1957, in Clifton, New Jersey. She is an American by nationality.

Jayne is 64 years old and is of Caucasian white descent. She is 5ft 9 inches tall in height.

Modean grew up in Clifton, New Jersey and got an opportunity to represent her hometown as Miss Teenage Clifton in the Miss Teenage America pageant at the age of 16.

She won the Poise and Appearance award and received the $500 scholarship.

As she grew up in Clifton, New Jersey, she completed her high school there. After that, she worked as a model and worked with several agencies.

Jayne appeared four times on the cover of the American bimonthly teen magazine ‘Seventeen’ and also modeled for the swimsuit issue of the general interest sports magazine ‘Inside Sports’ in 1981.

Jayne Modean began her acting career in 1983 working in the movie Spring Break as Susie and also appeared in an episode of the TV series The Fall Guy as Hooter.

The same year, she appeared in 13 episodes of the medical drama series Trauma Center.

Likewise, she has starred in the movies House II: The Second Story and Less Than Zero. Moreover, her TV credits include Street Hawk, Werewolf, Cheers, Full House, etc.

Her last appearance as an actress was in the television film Backfield in Motion as Faith. She has left the industry since then.

Who is Jayne Modean’s Husband?

Jayne Modean married her ex-husband Dave Coulier in 1992. However, they separated only after two years in 1992 however, they haven’t revealed the reason behind their divorce.

The former couple shares a son named Luc Coulier. Unfortunately, we don’t have any information about their relationship and marriage.

As Jayne and Dave both starred in the TV series Full House in 1990 around the time of their marriage, they probably have met on the shooting set.

Her former husband Dave was already a regular cast since 1987, Jayne first debuted on the series in 1990 and might have been attracted to each other. They tied the knot the same year after dating for a very short time.

Who is Dave Coulier?

Dave is an American actor, comedian, and TV host best known for starring Joey Gladstone on the ABC sitcom Full House. Besides, he has appeared in the movies and TV series Farce of the Penguins, The Little Mermaid, The Even Stevens Movie, and Mighty Magiswords.

He was born on September 21, 1959, to David L. Couwlier and Arlen Couwlier in Detroit, Michigan. He grew up in St. Clair Shores, Michigan with his 3 siblings.

After his divorce from his first wife Jayne Modean, Dave Coulier dated Alanis Morissette for some time.

Dave then began dating photographer and producer Melissa Bring in 2005. They tied the knot on July 2, 2014, in Montana.

Everything about son Luc Coulier

Her son Luc Coulier is an American pilot who works as an Airline Pilot/First Officer at FedEx since September 9, 2019.

He was born on November 14, 1990, in Detroit, Michigan. He studied at Embry–Riddle Aeronautical University and took pilot training after college.

As a professional, he has worked with Ryan Air, INC. in Anchorage, Alaska, as a SIC CASA212 and ERJ-175 at Skywest as a captain.

Luc is unmarried but has already engaged with his girlfriend Alex Cochran. They started dating in 2015 and are together for 7 years.

Tragedy of her ex-husband Dave

Dave Coulier has had a hard time many times. He lost his father, brother, and best friend which broke him.

He was very close to his late brother Dan who committed suicide.

Dave’s father also passed away after some months after his brother’s death.

Likewise, Dave faced another tragic moment when his close friend Bob Sagat passed away due to Scleroderma, the Autoimmune Disease at 65.

They were friends since 18 years of age and had been together for 35 years. Dave and Bob were like brothers to each other.

Jayne Modean worked as a model and actress in the 80s and 90s but has left the industry now. She made good earnings during that time.

Her net worth is around $500 thousand.