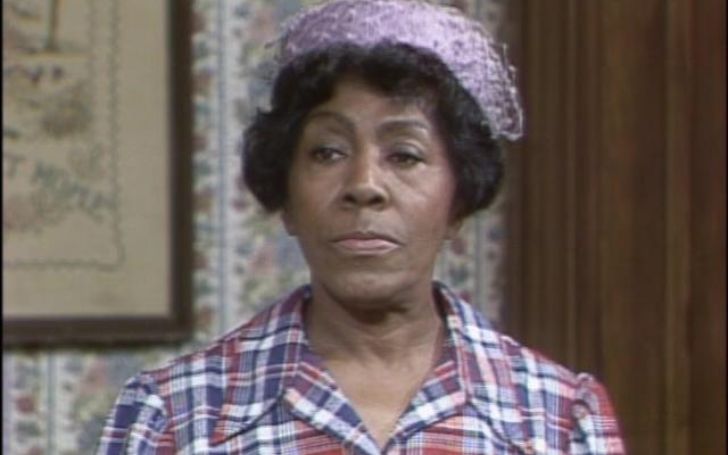 Helen Martin was an American actress who spends more than six-decade in the acting industry. She is very famous for her appearance on the the CBS sitcom Good Times and on the NBC sitcom 227.

When was Helen Martin born?

Helen Martin was born as a Helen Dorothy Martin on July 23, 1909 in St. Louis, Missouri, U.S. to William Martin, a minister, and Amanda Frankie. She was raised in Nashville, Tennessee. She is of American nationality and belongs to Afro-American ethncity.

Regarding her education, she joined public schools, which at the time were segregated. Later on she joined Fisk University for two years before dropping out.

How old was Helen Martin when she died?

Helen Martin was 90 years old when she died on March 25, 2000 in Monterey, California, U.S.. The reason for her death was due to heart attack.

Was Helen Martin ever married?

The late actress, Helen Martin was never married in her lifetime and didn’t have any kids. Also, there is no single detail on her dating history.

How much is Helen Martin worth?

Helen Martin net worth at the time of her death was estimated to be around $1 million.

While talking about her career, she made her acting debut from her appearance in the movie named The Phenix City Story as Helen Ward in 1955. After fourteen years she was cast in the TV movie named J.T. as Mrs. Hill.

Following this, she was cast in several movies and series and has a total of 62 acting credits in her name. Some of her notable work includes Where’s Poppa?, Death Wish, That’s My Mama, Sanford, and Son, A Hero Ain’t Nothin’ But a Sandwich, Baby… I’m Back!, Good Times, The Stockard Channing Show, Hill Street Blues, Deal of the Century, St. Elsewhere, Jackée, Doc Hollywood, Don’t Be a Menace to South Central While Drinking Your Juice in the Hood, Since You’ve Been Gone, Something to Sing About.

She is very famous for her appearance in the American television sitcom, Good Times which aired from February 8, 1974, to August 1, 1979, on CBS. In the series, she shared the screen alongside Esther Rolle, John Amos, Jimmie Walker.

One thought on “Is Helen Martin Still Alive? Her Age, Net Worth, Death, & Career”