Emmy-winner Host Jack Steward Biography; Where is he now? 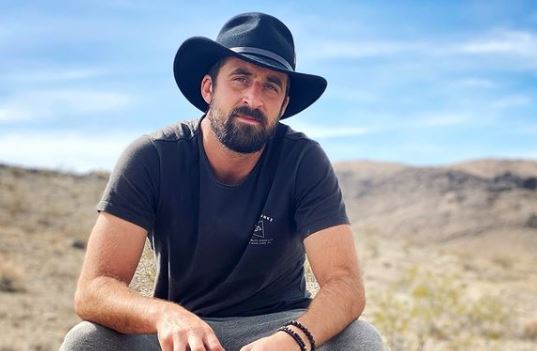 Jack Steward is a naturalist who is popular as a creator and host of the TV series Rock the Park which aired from 2014 to 2020. He currently hosts another show Wandering with White Duck.

His previous show Rock the Park also won the Daytime Emmy for Outstanding Travel Program in 2014. He also runs a website White Duck Outdoors that sells canvas tents, bags, and other outdoor products.

Jack Steward was born in Minnesota, USA, and is an American by nationality. Unfortunately, we don’t have information about her birthdate, childhood, and family. However, he is reportedly in his mid-thirties.

Steward’s parents both were journalists and storytellers. His father’s name is Tomas Steward and also has a brother named Tommy Steward and a sister named Annie. His parents often used to take him on road trips across the country to national parks and wild places in his childhood.

He was interested in recording videos since he was a kid and owned a VHS camcorder. He used to record short videos and edit them to tell stories through them.

Following his dream, Steward attended The University of Montana where he received a Bachelor’s degree in photojournalism in 2012.

While still in college, Jack started working as an assistant producer at Tremendous! Entertainment in 2011. He was promoted to the television host and producer position in 2014. He worked in the position for 7 years. During that time, he also served as a production assistant on Bizarre Foods and an associate producer on multiple docu-series, including Off Pitch (VH1) and Ghost Asylum (Destination America).

At the same time, he created and hosted the television show Rock the Park for The CW that won the Daytime Emmy for Outstanding Travel Program in its first season. Its final episode aired in 2020.

Is Jack Steward Married? Who is his Wife?

The former Rock the Park host is married to his wife Riley who is also his companion. They got married on October 11, 2021, in California after dating for several years.

Steward and his girlfriend-turned-wife lived together for several years and were engaged on May 11, 2021, in San Bernardino National Forest.

Rylie is his travel partner of several years and has always been with him on his road trip. Jack loves her a lot and has shared numerous photos of them spending time in nature on his Instagram.

Besides, there is no further information about his wife and relationship. The couple doesn’t have any children yet.

Jack Steward currently hosts a show Wandering with White Duck on Youtube. Besides, he owns an e-commerce website through which he sells camping and trekking products.

Steward reportedly makes a good income and has been living a very good life.

Prior, he hosted Emmy-winning show Rock the Park. He reportedly earned a salary of $50,000 annually from the show. Moreover, he also worked as a production manager for several years.

Apart from these, he also makes money from sponsorship and endorsements. He has a paid partnership with rticoutdoors and reportedly gets a huge paycheck.

With the earnings from different sources, Jack Steward has an estimated net worth of $2 Million.

The show host is an active Instagram user and has made around 1800 posts on his account @jackfsteward where he has more than 8000 followers.

His posts are mostly of his camping and travel and also has shared lots of photos of his girlfriend. Besides, he has also partnered with the products and has promoted them on his Instagram.

Jack also has a Twitter account but has mentioned that he rarely uses it on his bio. He also has around 1.7k followers on his Facebook.