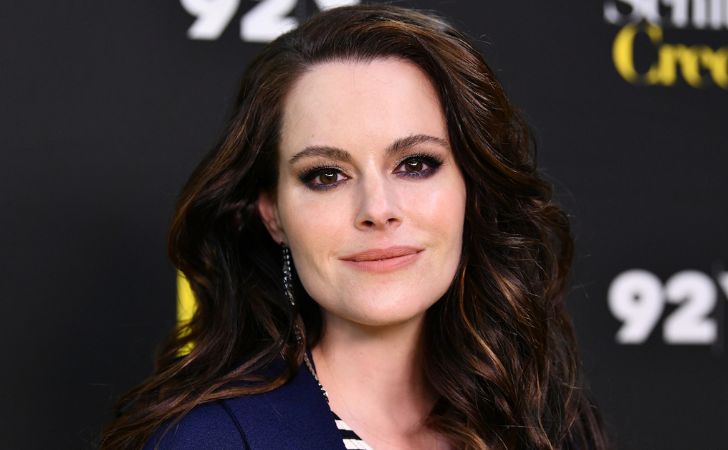 Emily spent her early years in Montreal with her family. Her interest in acting sparked when she attended a performance of Les Miserables with her mother at the age of 11. She went to an all-girl Catholic High School and was later accepted into the American Academy of Dramatic Arts.

Hampshire’s net worth is estimated at $2 million as of 2021. She has been active in the Canadian film and television industry since 1994, starting her career with an episodic role in the Canadian-American horror anthology television series, Are You Afraid of the Dark?

The 39-year-old gained significant recognition after landing in the role of Angelina Milleflores in the 1998 romantic comedy fantasy film Boy Meets Girl. The same year, she appeared in a recurring role as Siobhan Roy in CBC’s Made in Canada until 2001.

Emily starred as Chloe Crashman in the Canadian animated series Carl² from 2005 to 2006 and as Misery in the Canadian flash-animated television series Ruby Gloom from 2006 to 2007. In 2015, Hampshire appeared as a recurring cast in the first season of Syfy’s 12 Monkeys. She was promoted to series regular in the second season and remained so until the fourth season.

She also played the main role, Stevie Budd, in the critically acclaimed Canadian television sitcom Schitt’s Creek from 2015 to 2020. Her other notable roles include Diana Barry in Anne of Green Gables: The Animated Series, Alyson in Braceface, Katie Katydid in Miss Spider’s Sunny Patch Friends, Madame Korzha in Houdini & Doyle, and Vivienne in Snow Cake.

Who is Emily Hampshire married to? Her Husband & Children

Hampshire married former soccer player Matthew Smith in 2006. Both were married for nearly a decade before Smith filed for divorce in January 2015. Their nine-year marriage ended just before Hampshire auditioned for Schitt’s Creek. The couple had no children. 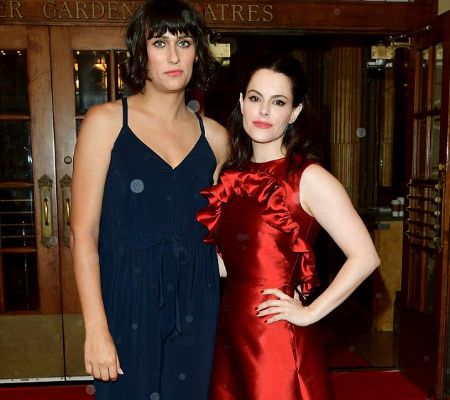 The 39-year-old actress was engaged to musician Teddy Geiger in November 2018, just three months after the two became Instagram official. However, Hampshire and her partner ended their engagement in June 2019. Hampshire came out as pansexual in May 2019.

Some Interesting Facts of Emily Hampshire!

1. Is Emily Hampshire in a relationship?

Hampshire was in a relationship with singer-songwriter Teddy Geiger in 2018.

2. Who is Emily Hampshire dating now?

Hampshire is not dating anyone now following her split from Geiger in 2019.

3. How much is Emily Hampshire worth?

Hampshire has an estimated net worth of $2 million.

4. Who was Emily Hampshire married to?

Hampshire was engaged to Teddy Geiger; however, the two ended their engagement on June 10, 2019.