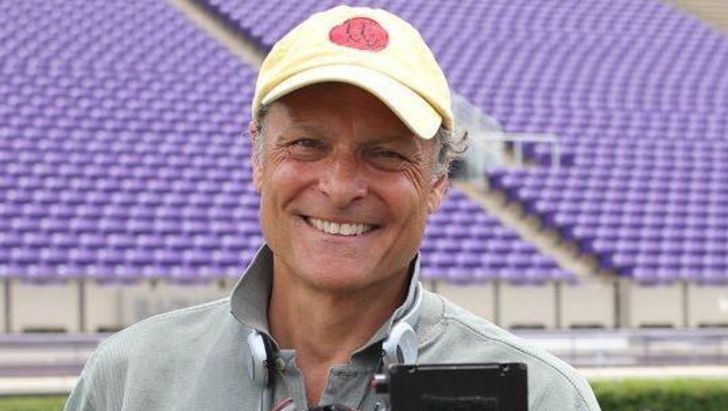 Douglas Barr is an American actor, writer, and director who has starred in numerous movies and television. Some of his notable works include The Fall Guy, Murder, She Wrote, Designing Women, and Deadly Blessing.

Douglas Barr’s full name is Douglas Gregor Barr. He was born on May 1, 1949, in Cedar Rapids, Iowa, the United States of America. He holds an American nationality while his ethnicity is not known.

Other than that, no information is available about Douglas’ parents, siblings, educational background, and early life.

What is Douglas Barr’s Net Worth? His Movies & TV Shows

Douglas Barr has a net worth of $5 million as per the Celebrity Net Worth. In his nearly four-decade-long career, he has altogether 23 acting credits under his name.

The versatile personality debuted playing Billy Clyde Puckett in an episode of the television series Semi-Tough in 1980. After that, he acted in some films and shows like When the Whistle Blows, The Unseen, Fantasy Island, and Deadly Blessing.

Eventually, Barr got his major break in the ABC series The Fall Guy (1981-1986) as Howie Munson. In the show, he worked alongside Lee Majors, Heather Thomas, Jo Ann Pflug, and Markie Post.

His other acting credits include movies and series such as The Love Boat, The Wizard, Designing Women, Spaced Invaders, P.S. I Luv U, Lady Boss, Temptation, and One West Waikiki.

Besides acting, Douglas’ contribution is also in directing and writing. In 1995, he started his journey as a director in the feature film Dead Badge. Similarly, his other notable films and TV shows as a director are Sweet Valley High, Ed McBain’s 87th Precinct: Heatwave, Perfect Body, Cloned, Switched at Birth, This Time Around, Beautiful Girl, The Note, Secrets of the Mountain, Northpole, and many more.

The Note director Barr is happily married and a father of a kid. He exchanged wedding rings with Clare Kirkconnell (actress) on June 9, 1984.

Together, the couple shares a son, Wilson Barr. However, further details besides his name are not available at the moment.

When and where was Douglas Barr’s born?

How Old Is Douglas Barr?

What Is Douglas Barr’s height?

How Much Is Douglas Barr Net Worth?

He has an estimated fortune of $5 million.

Who Is Douglas Barr’s Wife? Does He Have Children?

Douglas’ wife is an actress Clare Kirkconnell. The couple has a son named Wilson Barr.