Australian Actress Elle Dawe Biography: Details about her Net worth and Income 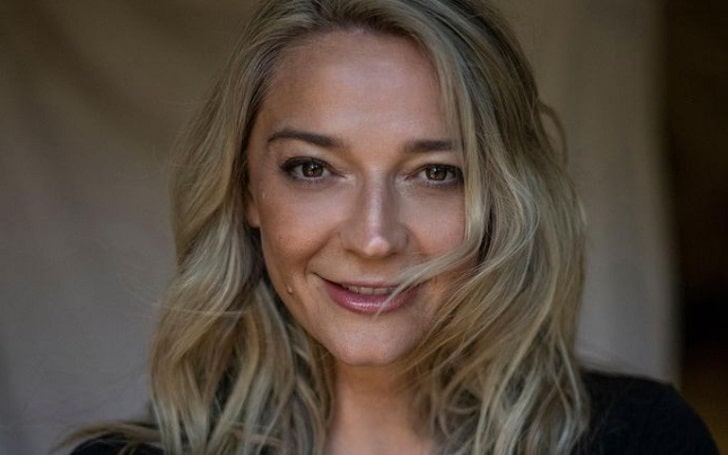 Sydney, New South Wales native Elle Dawe is a talented actress who hit off fame for her portrayal of Shazza in the comedy television series Fat Pizza: Back in Business.

Aside from being an actress, Dawe is also a prominent comedian and model. The 51 years old actress is a married woman who also has a son named Zaki.

According to Famous Birthdays, Elle Dawe was born in 1970. So, her age is 51 years as of early 2022. And she lights her birthday candle on December 1, but her Instagram post hints her birthday falls in the month of February.

Meanwhile, the actual age of Dawe is unknown as various sites have mentioned different dates. She also has revealed details of her parents and siblings; however, once uploaded a picture of her father on Instagram.

The actress initially started working as an Account Manager at Deveaux Promotions in 2000. She worked there for 8 years until 2008.

Elle then worked as a Personal Assistant at Feldi Property for a year.

Since 1987, she has had an active presence in the entertainment industry.

The multi-talented Australian actress made her debut on the big screen by landing the role of Elle Whick in the television series Swift and Shift Couriers, released in 2008.

After four years, she again came into the industry by appearing in Housos vs. Authority as Shazza Jones, which helped her earn more fame.

In the year 2014, Dawe also did the voice of Annie Swan in the video game Borderlands: The Pre-Sequel! Furthermore, her notable appearances are featured in Fat Pizza vs. Housos, Summernats and the Hunt for the Great Aussie Hoon, etc.

The 24 Hours actress is also a model who has appeared on the cover and in a pictorial of the November 7, 2011 edition of Zoo Weekly Australia.

Not only that, she was featured in a second pictorial for January 28, 2013, a special Australia Day edition of the magazine.

Likewise, Dawe is a comedian and has done stand-up comedy at the Adelaide Fringe Festival and the Sydney Comedy Festival.

Elle Dawe’s Partner: Does She Have A Daughter?

The Housos actress is a private person and prefers to keep her personal details away from the public.

However, Fat Pizza: Back in Business star frequently shares pictures of her son, Zaki, on her Instagram handle, where she is registered as @elledawe.

Elle Dawe is reportedly a single woman raising her son. She hasn’t disclosed any details about the father of her son.

People got confused and thought, Kyrah Brock-Fenton is the daughter of Dawe. In addition, Kyrah is also an emerging actress. They have the relationship of mother and daughter on-screen.

In the Tv-movie, Fat Pizza: Back in Business, Dawe played the role of Shazza, and Kyrah appeared as Holden. So, in the respective movie, Shazza is a mother, and her daughter is Holden.

Elle Dawe Net Worth Details: Her Other Ventures

The talented Australian actress has amassed a decent fortune to her name from her multiple works as a model, comedian, and actress.

So, with her work in Housos vs. Authority, Dawe might have acquired a fair profit.

Apart from that, the comedian’s other source of income comes from endorsement deals. And she charges around $83.25 – $138.75 for a sponsored post on Instagram.

Similarly, the actress is also engaged in charity work. She has worked for various foundations, including The Starlight Children’s Foundation, Rotary Hat Day, and Art for the Reef.

Dawe’s Instagram account @elledawe is followed by more than 15k people. She has shared her personal photos with family and friends.

She isn’t much active on Twitter, however, she frequently posts Tiktok videos on her account @elle_dawe. Elle has over 236k followers and her videos have been liked more than 1.5 million times.

She has blue eyes and brown colored hair.