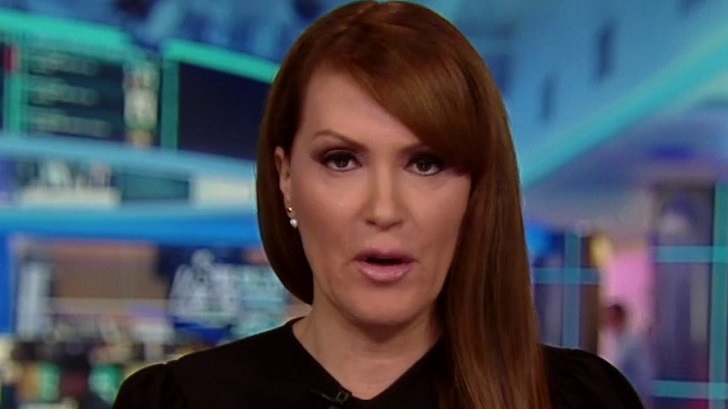 Dagen McDowell was born on January 7, 1969, in Brookneal, Virginia, the USA, as Mary Dagen McDowell to an Irish family. She is also popular for her distinct Irish accent.

She revealed a photo of her father and mother on Instagram on July 27, 2016; however, did not disclose other information about them.

She also has a brother who lives in Virginia.

There is no other information available from her childhood. As for her education, the renowed Tv presenter graduated from Wake Forest University with a degree in Art History.

Her body measures 29-22-31 inches. She is also a fitness fan and loves going to the gym.

Dagen began her career as a financial journalist at the institutional investor’s newsletter Division.

For over 3 consecutive years, she has been a panelist for a business analysis program, Cash in. She also took over hosting on Bulls and Bears in 2016. Further, the tv host also worked for financial news and financial literacy website, Street.com.

Besides anchoring, Dagen is fond of automobiles. She passed her driving test in a Ford F150 when she was 16 years old. In addition, she was also a huge fan of NASCAR racing.

McDowell’s exchanged vows with Jonas Max Ferris in 2005. Her husband is an economist, financial analyst, investment advisor by profession, and the founder of Maxfunds.com.

The anchor’s husband has also been on different business shows such as Bulls and Bears, Your World with Neil Cavuto, and Cavuto on Business.

The couple is yet to have a child.

Net Worth And Charity

The Fox News; anchor’s net worth is estimated at $5 million with an annual salary of $350 thousand. Additionally, her husband also has a net worth of $ 5million.

Similarly, she is involved in charity and fundraising. Presently, she is actively collecting funds for children suffering from brain cancer.

Her love for automobiles also adds to her net worth. The American anchor owned a Porsche. Further, she used to drive a Ford Bronco throughout high school and college.

The anchor is pretty active on Instagram. She goes by the handle name @dagenmcdowell where she mostly shares pictures of her family and dogs.

Dagen is a big dog lover and has adopted Three dogs, Dale( Beagle), Charlie(Shih Zu), and Ramon, a chihuahua.