ASAP Rocky’s Late Father Adrian Mayers: What is the Cause of his Death? 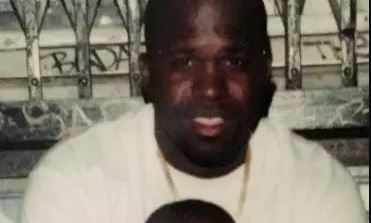 Adrian Mayers is the late father of American rapper, singer and record producer, ASAP Rocky. A$AP Rocky has released albums like Long. Live. ASAP (2013), At. Long. Last. ASAP (2015), Testing (2018), and has also made his appearance in music videos.

How did Adrian Mayers die? Who is his Wife? Everything you need to know about his children and family.

Mr. Mayers was born in Barbados and was married to Reene Black. The couple became the parents of three children; two sons named Ricky Mayers and Rakim Athelaston Mayers (A$AP Rocky) and a daughter named Erika.

Unfortunately, their first child Ricky passed away at a young age.

Adrian’s son Ricky was shot and killed by Adrian’s rival drug dealer in Harlem around the corner from his apartment. Ricky was still in his teen at the time of his death.

During that time, Adrian was in jail for selling drugs.

How did Adrian Mayers die?

Adrian was jailed in 2000 for his connection with drug dealers. He later passed away in 2012 after suffering from pneumonia. Ricky even tweeted after his death.

Adrian’s family suffered a lot after he was sent to prison. They lived a homeless life in New York City and moved from place to place.

Rocky always admired his father and was inspired by him. In an interview, he described his dad and said:

Well, my dad is from Barbados. He was a clean-cut kind of a guy, especially in the way he dressed. I just took the advice he gave me and I ran with it. He told me to always be yourself and always feel comfortable with whatever decision you make because you chose to do it. Just because something doesn’t fit in doesn’t mean it’s not right. For instance, just because everybody is wearing white today and I chose to wear purple doesn’t mean I’m doing something wrong. It means I’m doing what I wanted to do. I ran with that. And I think that’s what Adidas stands for, too.

A$AP learned to rap from his late brother Ricky who he calls his rap inspiration. He started rapping at the age of 9 but was seriously into it after his brother’s death.

After Adrian was jailed, his son ASAP has a difficult teenage life and also sold drugs and cannabis during that time. He was also jailed for some months.

Adrian’s son Rocky became a member of the A$AP Mob crew in 2007 and released his first single in 2011. He quickly gained fame after his single “Peso” was leaked online and got offers from several record labels after he released a music video for his song “Purple Swag”.

Who is ASAP Rocky Dating?

A$AP Rocky is currently dating popular American singer Rihanna with whom he is expecting a child as announced in January 2022. The couple has been together since 2013.

There were several rumors that Rocky cheated on Rihanna but the rumors were false. Rocky and a very good bond with his girlfriend and even called her ‘the love of his life in an interview in 2021.

SEE: JK Brinson- Father of Savannah James; Where is he?