Where Is Ariel Fox from Hell’s Kitchen Now? Nationality, Net Worth, Husband & Children 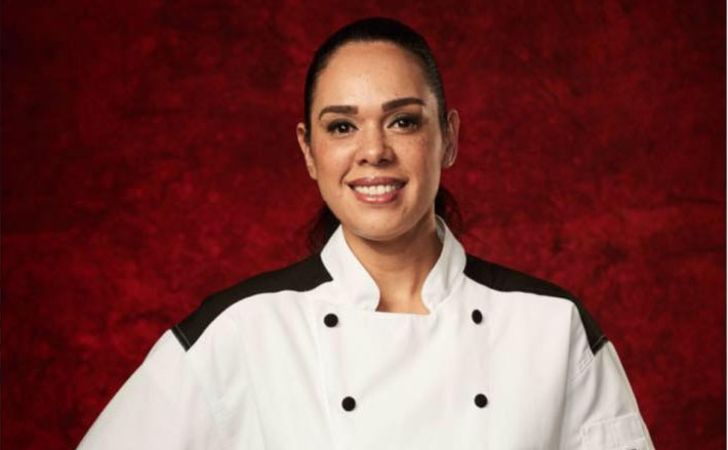 Ariel Contreras-Fox, simply known as Ariel Fox, is a celebrity chef and reality star. She rose to prominence after appearing in the competitive reality television series, Hell’s Kitchen, twice. Moreover, Fox won the 18th season of the reality show after coming third in the sixth season.

Ariel Contreras-Fox was born in 1984, which makes her 38 years old as of now. As a matter of fact, Fox is the oldest female winner of Hell’s Kitchen, taking first prize at the age of 35.

She grew up in Santa Cruz, California, in the Monterey Bay. Her mother, Marlin Adams, worked as a bilingual teacher. Further, Ariel’s father, Bill, is from Columbia, so she frequently visited the place with her parents. Her nationality is American.

Since the family traveled a lot, Fox was exposed to various cuisines from an early age. Moreover, her parents worked late because of which they often dined at restaurants. “I didn’t realize this at the time, but that was not the norm for most families. I had a respect for restaurants that most children didn’t have”, she told the New York Lifestyles Magazine. 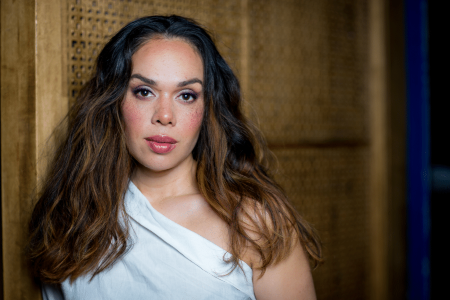 However, it wasn’t until she started working on an organic farm that made her a true food enthusiast. Her love for organic agriculture and seasonal food prompted Ariel to join the California School of Culinary Arts’ Le Cordon Bleu.

There, Fox enrolled in the Le Grand Diplôme program, the institute’s most comprehensive program of French Classic Cuisine and Pastry techniques. Fox spent the first nine years of her professional career in Los Angeles. She later moved to New York City.

The reality star and celebrity chef has an estimated net worth of $1 million. Ariel’s income comes from her career as an executive chef. Fox is the sixth consecutive female winner of Hell’s Kitchen.

Initially, she was a contestant on the sixth season of the show. After finishing in third place, she returned to the competition for the 18th season, becoming the second consecutive returnee. Her hard work throughout the show eventually paid off, earning the title of “Season 18 winner”. 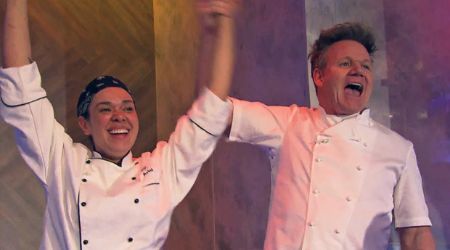 As a winner, she was awarded a head chef position at the Gordon Ramsay Hell’s Kitchen restaurant, with a salary of $250,000. Along with her mother, Marlin, she has also published a children’s book called “Freckle-Faced Foodie: Journey of a Young Chef.”

Where Is Ariel Fox From Hell’s Kitchen Now?

Ariel Fox is now the Vice President of Culinary at Del Frisco’s Double Eagle, Del Frisco’s Grille, and Dos Caminos. Moreover, in May 2020, she published a children’s book, which is currently available in Mascot.

As a matter of fact, when Fox was offered a position at Gordon Ramsay Hell’s Kitchen restaurant at Caesar’s Palace in Las Vegas, she turned it down, becoming the first contestant to do so. Nevertheless, Fox kept the winning salary and the title. 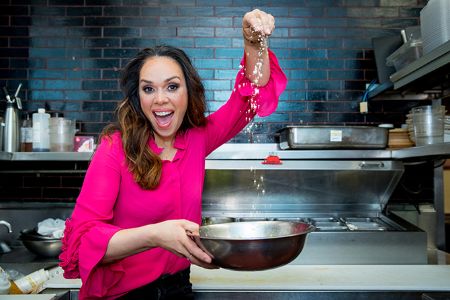 After her first appearance on Hell’s Kitchen, she became an Executive Chef at Hardings. Two years later, she joined OTG, a company that specializes in sophisticated dining in an airport restaurant, as a terminal Chef de Cuisine.

Since 2017, Fox serves as Concept Executive Chef of New York City’s popular Mexican eatery, Dos Caminos. She manages culinary and financial operations, also ensuring all kitchens at Dos Caminos locations are running up to standards. As a teenager, Ariel also worked for a small organic farm in Watsonville. 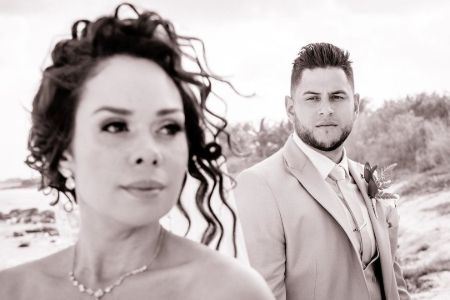 They currently reside in New York with two daughters: London and Charlotte Grace. Their first child London is around 8 years old. Ariel and Alexander became the parents of their second daughter in October 2018. Both of their daughters were born before their marriage.

Ariel’s spouse has even inked a tattoo of their marriage date on his arm. Ariel posted a photo of his tattoo on Instagram and even thanked him.

Thank you Carlos for my ankle wedding piece tonight

You can follow Ariel Fox on Instagram at @chefarielfox to know more about her professional and personal life.