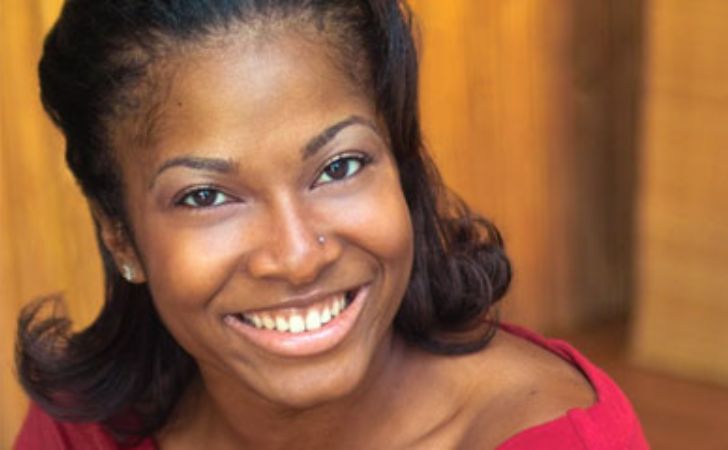 Angel Laketa Moore is an American actress, writer, and YouTuber known for her work in Independence Day: Resurgence, Bad Times at the El Royale, and Heckle or Hell. Likewise, she grabbed international attention for appearing as Nurse Dawn Archer in the TV series ER. Moreover, the actress plays Megan in the TV series Atypical since 2018.

Angel Laketa Moore was born on July 3, 1980, in Baltimore, Maryland, United States. She was born youngest among four girls.

As of writing this article, she is 41 years old. She is American and belongs to Afro-American ethnicity.

Angel Laketa Moore, 41, made her on-screen debut in 2006, appearing in the TV series ER until 2009. She appeared in the television series Miss Guided in 2008.

Her early TV series are Southland, Gimme Shelter, The Mr. Mom Show, and Good Luck Charlie. She acted and co-directed the short film Heckle or Hell in 2012.

She has starred in the feature films such as 23 Blast, Fifty Shades of Black, and Moments of Clarity. She is also known for her work in  Independence Day: Resurgence and Bad Times at the El Royale.

Some of her other movies and television series include American Nightmares, Angie Tribeca, Malibu Rescue, 9-1-1, AJ and the Queen, and B Positive.

Since 2018, the actress has been playing Megan in the TV series Atypical.

What Is Her Current Net Worth? Her Fortune?

Atypical actress holds an estimated net worth of $500 thousand as of September 2021. The majority of her income comes from her work in the entertainment industry.

To date, she has more than 25 acting credits under her name. There is no doubt; she makes thousands of riches from her TV and film roles.

Moore adds up a decent sum via social media. According to Influencer Marketing Hub, her Instagram @thatchickangel, with nearly 200 thousand followers, gains her $586.5 to $977.5 per sponsor post.

Furthermore, she also runs a Youtube channel under the name That Chick Angel TV. As per social blade, the actress garnes $86 – $1.4k per month and $1k – $16.4k per annum.

Happily Married To Marcus Tanksley I – Mother Of Four Children

The 41-year-old actress is happily married to her Heckle or Hell co-star, Marcus Tanksley I. After dating a couple of years, the two tied the knot; however, their marriage date is still missing.