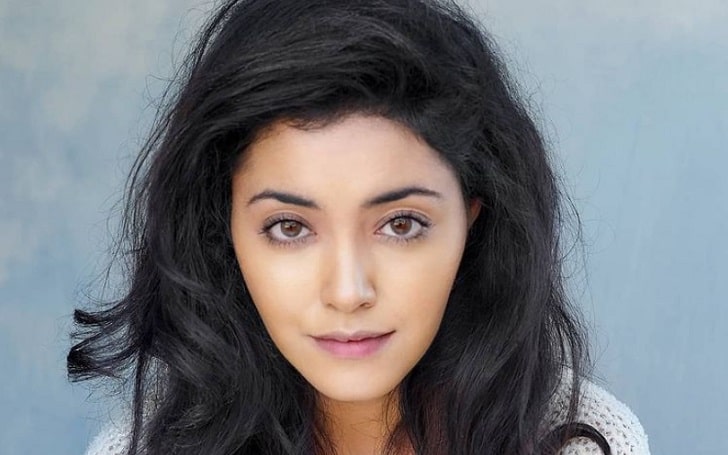 Abu Dhabi, U.A.E.-born American actress Yasmine Al-Bustami got recognition for her portrayal as Lucy Tara in N.C.I.S. spin-off N.C.I.S.: Hawaii. Passionate since an early age, Yasmine has landed recurring roles in various hit television series, including S.W.A.T. and The Chosen.

Yasmine Al-Bustami was born in Abu Dhabi, United Arab Emirates. Her birthday falls on November 5. Besides, her actual birth year is unknown, but surely, she was born between 1988 to 1995. Al-Bustami was just three years old when she moved to Texas with her family.

The actress holds an American nationality and belongs to the mixed ethnic background of Jordanian-Palestinian and Filipino. Despite having a diverse ancestor, Yasmine considers herself an all-American girl. In addition, the N.C.I.S.: Hawaii alum peaks at the height of 5 feet 3 inches (1.6 m). After coming into the United States, she spent most of her early days in Duncanville.

A Look At Her Professional Career

Since 2010, Yasmine has worked professionally as an actress. She holds a degree in finance, and after graduating, she decided to get a career in the showbiz industry. So, Yasmine improved her studies in Chicago, Illinois. She debuted in 2010 by portraying Robin in a short film, Unimaginable. In the same year, she got a chance to work in The Neighbors Horror Saga and Flower.

For some time, Al-Bustami appeared in short films including Road to Peshawar, Walking the Halls, The Symphony of Silence, and The Package. And she got more recognition in the industry after arriving as Dahlia in the tv movie, Ladies’ Man: A Made Movie. Her notable short movie roles can be seen in M15F1T5 When It’s Your Time and R.

Finally, S.W.A.T. star got her breakthrough in 2013 when she starred as Monique Deveraux in The Originals. It was her television debut. And in 2014, the R cast also played the part of Delissa Birch in another tv series, Nashville. Likewise, Al-Bustami emerged in Switched at Birth which also stars Megan McGown. In addition, Yasmine has also performed in music videos such as The Halloween Song (Who You Gonna Be?) and John Legend: Surefire.

From 2018 to 2020, the Flower star appeared in Orbital Redux; I Ship It, S.W.A.T., Finjan, and Lucky. His recent roles can be seen in The Chosen and N.C.I.S.: Hawai’i. Currently, the actress is working on her upcoming projects named Quotes: Divided We Fall, etc.

N.C.I.S.: Hawai’i Cast Partner or Husband: Is She Married?

The N.C.I.S.: Hawai’i star is tight-lipped about her partner or husband. Her recent social media posts do not suggest anything about her being involved in romantic affairs. So, it is clear that Yasmine is not dating anyone at the moment. Besides, Al-Bustami has starred alongside various male artists with whom she looks cute.

Currently, she is maintaining high privacy in her personal life, so it isn’t easy to know about her love affair. Till now, Al-Bustami has not been involved in any controversies regarding her romantic life. So, she must be leading a single life and is focused more on her career.

The Originals Star Al-Bustami Net Worth In Millions

The prominent actress has amassed a decent fortune in her bank account. Al-Bustami has worked in numerous films that grossed a good amount which must have paid her well. According to the Wikis Pro, her net worth is somewhere between $3 million to $5 million. The major piece of her income comes from being an actress.

And the actress in the United States has a salary of $91401 a year. So, Al-Bustami might be earning in the same range as her profession. Apart from that, her income sources are sponsorship and endorsement deals. Also, Al-Bustami has a decent fan following on her Instagram, and Yasmine earns a fair sum of money by making sponsored posts.