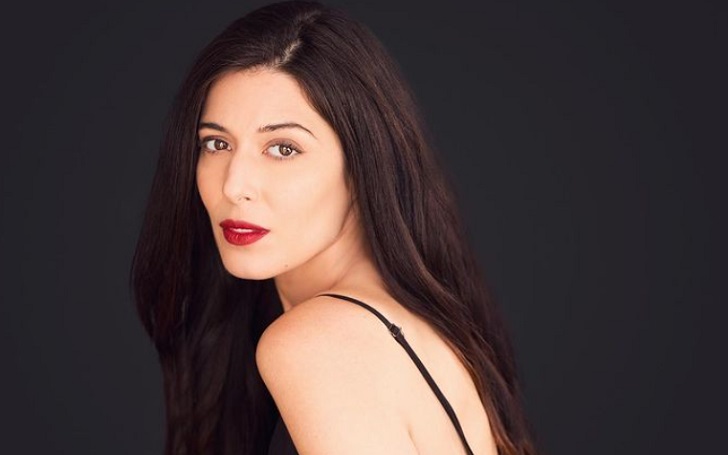 Elizabeth Tabish is a multiple-times award-winning American actress who shot to fame after landing the role of Mary Magdalene in the television series The Chosen. The 35 years old actress is also a director, producer, and editor whose notable works are Like a Ghost, Verdurous, and Musa Malvada.

Elizabeth Tabish was born in the United States of America in 1986, making her age 35 now. The Chosen cast lights her birthday candle on May 26 every year. Currently, she is based in Texas. Tabish grew up alongside her brother Jesse Tabish. He sings for the indie rock band Other Lives.

Apart from that, Tabish attended Oklahoma State University, where she obtained a Master of Arts in theater and a Bachelor of Arts in film studies. The 5 feet 6 inches tall actress studied experimental and classic film and theater ​via a psychoanalytic lens at that institution.

The Texas-based actress has been actively engaged in the showbiz industry since 2008. And she debuted on the big screen by appearing in a short film The Erased, where she emerged as Simone. Tabish is not only an actress but also a prominent director, editor, producer, and writer. In 2008, she worked as the cinematography in A Cinematic Translation of Shakespearean Tragedies.

She is also a co-creator of Maenad Productions, a female-run company producing award-winning short films. Not only that, but she is the Art Director/Co-owner of the Austin Arthouse Film Festival. Furthermore, the director has produced and directed several award-winning short films that focus on female archetypes and analyze a mixture of vintage aesthetics.

Her notable appearances can be seen in the movies such as Panic, The Chosen, Honor Among Thieves, The Method of Places, Alita: Battle Angel, The Lizard’s Tail, Inhumanity, The Golden Rut, Freedom on Trial, and many more. Some of her directing and producing works is Mother’s Day, Verdurous, The Lizard’s Tail, Psychotropical, and Not for Naught.

Net Worth and Incomes Sources

The multi-talented personality (like Ed Speleers and David Zayas) has collected a good amount of money from her multiple works in the entertainment industry. As per our speculation, Elizabeth has a net worth between $500,000 to $1 million. An actress in the United States makes around $50782, and a director has average pay of $136,435 per year.

Similarly, the moderate wage of a writer is $51831. So, she has added a considerable fortune with her work in films. Likewise, she is a producer, and the average salary of a producer is $72,115 per year. Furthermore, Tabish has worked as a cinematographer in various films, and the average salary of a cinematographer in the United States is around $65,000.

Apart from that, the other sources of her income come from endorsement deals. According to the Influencer Marketing Hub, Tabish earns around $213.75 – $356.25 from a single sponsored post on Instagram.

Is Elizabeth Single Or Married To Someone?

Exploring her Instagram handle, the Lying Game cast seems single as none of her posts talks about her being involved in romantic affairs. In the meantime, Tabish is of secretive nature and prefers keeping her love life far from the media sources. So, it isn’t easy to know about her affairs.

Furthermore, the producer must be focusing on her career at the moment. We can follow her on Instagram, where she is registered as @elizabethtabish, gaining over 52.9k followers. From her account, Elizbeth might give an update on her ongoing life.