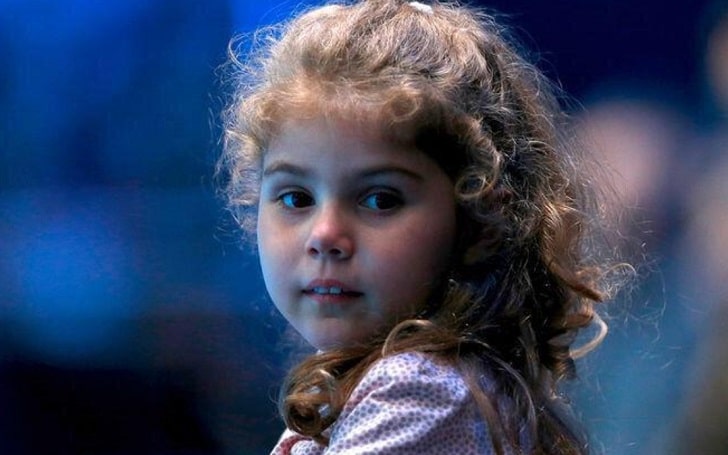 Alexia Wawrinka is the star kid famously recognized as the daughter (like Stevie Roddick) of tennis player Stan Wawrinka. He is a Swiss professional tennis player who won gold in doubles at the 2008 Beijing Olympics with Roger Federer. Besides, Alexia’s mother is Ilham Vuilloud, a former fashion model and currently a Swiss television presenter.

What Is Alexia’s Age In 2022? Her Family Background

Alexia Wawrinka was born on February 12, 2010, making her age 12 years old. She holds dual nationality of Switzerland and German from her parents’ side. Her supportive parents, Stan Wawrinka and Ilham Vuilloud raised her. The star kid is the only child of her parents, so she does not have any siblings.

On the other hand, her father, Stan, was born on March 28, 1985, in Lausanne, Switzerland. The 36 years old tennis player began playing tennis at the age of eight. His father, Wolfram Wawrinka, is a farmer and social worker, while his mother, Isabelle, is an educator. Stan grew up with his elder brother, Jonathan, and his two younger sisters, Djanaée and Naélla.

Stan Wawrinka and Ilham Vuilloud exchanged wedding vows on December 15, 2009, in a private ceremony. Before getting married, the duo dated each other for four years. They lived in Saint-Barthélemy, about 20 km north of Lausanne. And the romantic pair welcomed their daughter Alexia on February 12, 2010.

But after some time, the bond and care started fading. On January 4, 2011, a source reported that Wawrinka disconnected from the family less than one year after the daughter’s birth. But they pair again reconciled. However, Stan announced their official divorce on April 19, 2015, via a Facebook post.

Since then, Ilham has lived a single life, but Stan began dating WTA player Donna Vekić in 2015. But they were reported to be separated in May 2019. Furthermore, Alexia’s mom is a former fashion model who is currently working as a Swiss television presenter.

Stan Wawrinka has amassed a huge amount of money from his professional career as a tennis player. According to Essentially Sports, he has a net worth of around $20 million. And in 2017, he had a total net worth of $19.2 million, including $7.2 million through prize money, making him the 7th highest-paid tennis player.

Furthermore, Wawrinka makes money from sponsorship and endorsement deals. He struck a four-year $20 million contract with the sports gear manufacturer Yonex in 2014. Apart from that, he is also engaged in charity works and associated with Foundations. Wawrinka participated in the 2017 Mutua Charity Tie Break Tens Madrid event, which awarded him a prize of $200,000.

Meanwhile, Stan was interested in pursuing a career in tennis from an early age and began playing it. And in 2002, he turned professional at the age of 17. He has won various titles by representing his country, including three-time Grand Slam tournaments. Likewise, Stan reached the final of the 2017 French Open, an ATP Tour Masters 1000 title at the 2014 Monte-Carlo Masters.

What Surgery Did Stan Wawrinka Had? Health Condition