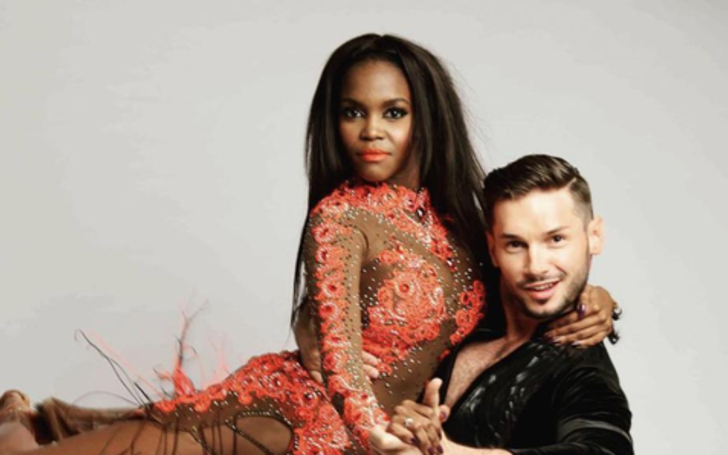 Oti Mabuse is a dancer and TV personality best-known for her work on the popular British television series, Strictly Come Dancing. She also judged The Greatest Dancer in the past. She has done a lot of work as a dancer both on and off-screen.

Her husband is also a dancer, in fact, they have participated in some dance competitions together but little is known about their married life.

Oti Mabuse’s husband Marius Lepure is a Romanian dancer born on August 31, 1982. He is also a TV personality and has appeared in various shows like Let’s Dance. However, he is more popular as the husband of Oti Mabuse.

Lepure has also worked as a backing dancer on Strictly Come Dancing, the show for which his wife is famous.

When Did They Get Married?

Oti Mabuse and Marius Lepure got married in 2014. Lepure proposed to her on his birthday (August 31) in 2014 and they later got hitched in the same year.

Three years later, Mabuse took to Instagram to reveal “Three years ago today this wonderful CRAZY man was annoying the life out of me because he was acting nervous (and yes I let him know I was annoyed). But it was only because he was nervous as he was GOING TO PROPOSE.”

Lepure and Oti originally met while giving a dance trial in Germany. Then they started dating and eventually got married.

They do not have any children as of May 2020 but are planning to start a family soon.

Oti Mabuse was born Otlile “Oti” Mabuse on 8 August 1990 in Pretoria, South Africa to Dudu Mabuse and Peter Mabuse. She studied at her local school before learning civil engineering at a university. She has a sister named Motsi Mabuse, who is also a professional dancer.

Then her TV popularity began to increase as she appeared in Let’s Dance in 2015 and was partnered with Daniel Küblböck. They did well but were eventually eliminated in the 9th week of the show. Later, she returned to the show in 2016.

She joined Strictly Come Dancing in 2015 and partnered with Anthony Ogogo. They did not compete for long however and were eliminated from the show in the 3rd week. Ever since her first appearance on a dance show, she has become a fixture on TV.

The dancer has participated in many shows and has become synonymous with Strictly Come Dancing.

Interesting: She was once spotted partying with Kevin Fletcher, after this Fletcher’s wife unfollowed him