Who is Zahn McClarnon? Untold Truth about the Longmire Actor 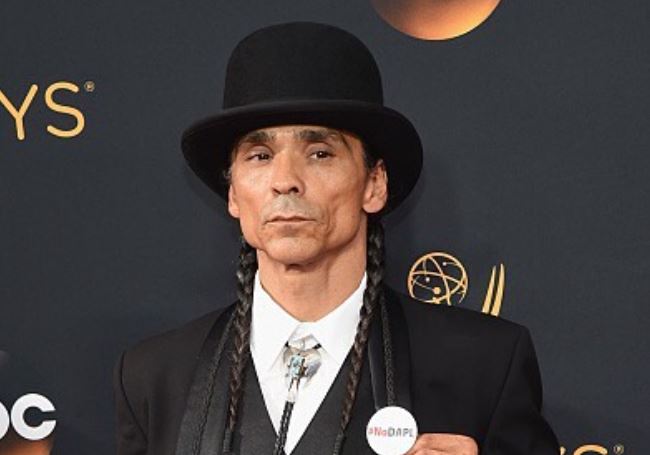 Zahn McClarnon is an American actor who has starred in many movies and TV series. He is popular for his appearances as Officer Mathias in Longmire, Hanzee Dent in Fargo, Akecheta in Westworld, etc.

McClarnon is also a lead actor in the AMC Networks’ upcoming Western noir thriller series Dark Winds which will air on June 10.

What’s the net worth of Zahn McClarnon? Is he Married? Read in detail about his family, twin brother, relationships, wife, and properties.

Zahn was named after his maternal great-great-uncle, Frank “Frances” B. Zahn who was an artist and Lakota elder of Standing Rock Indian Reservation.

The Longmire actor also has a fraternal twin brother. He has disclosed any detail and photo of his twin brother.

McClarnon comes from mixed ancestry as his mother comes from Hunkpapa Lakota ethnic group while his father belongs to Irish ancestry.

He often spent time in the Blackfeet Indian Reservation with his maternal grandparents where his mother was raised.

Zahn’s mother lived on the Rosebud Indian Reservation in South Dakota but later shifted to the Joslyn Castle and Dundee neighborhood after his father moved to Omaha, Nebraska, for work.

He spent most of his childhood in Nebraska, South Dakota, North Dakota, Minnesota, Wyoming, and Montana, and often mentions that he had a rough childhood.

He was deeply influenced by his drama teacher Peggy Stommes. She inspired him to choose acting.

McClarnon began his acting career appearing in local productions and later moved to Los Angeles in the early 1990s.

He appeared in short roles in several TV series and gained fame after his portrayal as Running Fox in the TNT miniseries Into the West.

He also portrayed the recurring role of Bodaway Macawi in the crime drama series Ringer from 2011 to 2012.

He then starred as Officer Mathias in the Western crime drama series Longmire from 2012 to 2017.

Zahn was highly praised for his role as Hanzee Dent in the TV series Fargo and also appeared in Frontier, The Sun, etc.

McClarnon’s role as Akecheta, the leader of the Ghost Nation, was critically acclaimed in HBO’s Westworld.

Besides, he has also starred in series like Queen of the South, Barkskins, and Marvel’s Hawkeye and Echo (upcoming). His movie credits include Bloodline, Braven, The Silencing, The Forever Purge, etc.

Who is Zahn McClarnon’s Wife?

The Longmire star McClarmon is a private person and doesn’t share information about her personal life and relationships. He lives a low-profile life and is out of the media reach.

Zahn, who has entertained fans with his dynamic roles, is often talked if he is married or still single. What’s his relationship status.

As per our research, Zahn McClarnon is still married and lives a single life. He doesn’t have a wife so, he hasn’t shared anything about his marital life and family.

Zahn McClarnon’s Net worth: Is he a Millionaire?

Yes, Zahn McClarnon is a millionaire, all thanks to his 3-decade-long acting career.

His net worth is estimated to be $1 million approximately in 2022.

The native American actor took off his career in the late 1980s and appeared in over 80 movies and TV series.

During this, he also portrayed in some hit TV series like Ringer, Longmire, Westworld, etc.

McClarnon reportedly charges around $5 thousand dollars per episode for his appearance in the TV series. Previously, he made thousands of dollars with his roles in TV productions.

Moreover, Zahn also earns from commercials and advertisements. Despite being a millionaire, he lives a simple life and doesn’t flaunt his expensive items and materials.

Like his mother and older brother, McClarnon was also addicted to drugs and alcohol. He got into drinking and consuming drugs habit at a very young age.

Zahn suffered a heart attack in 2000 when he was 33 years old. Since then, McClarnon including his brother and mother are clean.

His mother currently works as a therapy instructor at a rehabilitation center in Rosebud, South Dakota.

Filming of Westworld Paused due to his Injury

McClarnon fell at his residence and suffered a head injury in 2017. He was soon admitted to the ICU suffering from brain trauma.

He was filming for the second season of the Westworld at that time which was paused for a week.

Zahn’s shoe size is 8 US. He has black colored eyes and shiny black hair.

McClarnon’s Twitter is @ZahnMcClarnon and has more than 22k followers. Moreover, he also has a Facebook id with more than 92k friends and followers.